Prime Minister Jacinda Ardern has rejected claims her promise to stop further regional fuel taxes was made up on the spot. 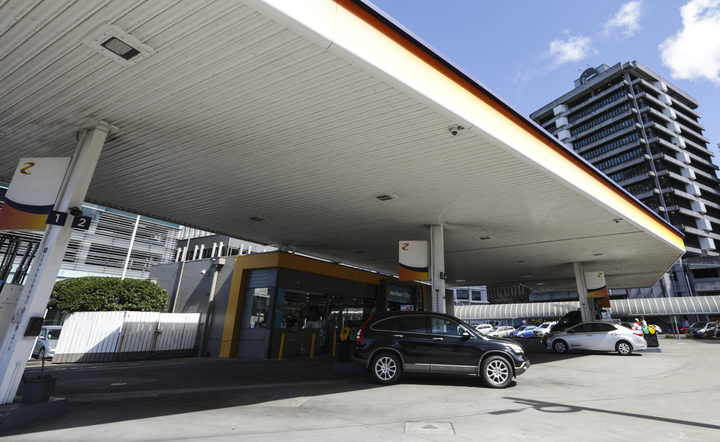 She said her position against new regional fuel taxes outside Auckland was long-held.

In a fiery exchange in parliament yesterday, Ms Ardern ruled out any new regional fuel levies in other parts of New Zealand while she is prime minister.

That goes further than the government's legislation, which leaves the door open for other councils to follow suit from 2021.

The National Party is calling it "policy-making on the hoof", but Ms Ardern denies that.

Here are the transcripts showing how it played out.

JA: I can give this guarantee to this House and to consumers: there will be no other regional fuel taxes while I am prime minister - which at the moment feels like it might be for a while.

Simon Bridges: Did she just make that undertaking on the hoof because she knows how much this is hurting Kiwis all over this country?

JA: I've made this statement because that member is circulating false information.

Paul Goldsmith: When did he, as Minister of Transport, know about this change of policy?

SJ: Speaking on behalf of the Minister of Transport - when the prime minister stood up.

RNZ: When did you know of this decision that there would be no new regional fuel taxes under this government?

PT: Earlier yesterday, the prime minister gave me a call and asked me what I thought about the idea of ruling out future regional fuel taxes.

We had a conversation about it and agreed that to give some certainty to people, in light of the kind of scaremongering that we've seen from the Opposition in the current climate, that it would be better to just rule out future regional fuel taxes.

And to be fair, we've never had a plan to have additional regional fuel taxes - and the prime minister's view all the way along has been that the Auckland one should be the only one.

I argued through the Cabinet process when we were designing the legislation that we should leave the flexibility in the law for some future governments to be able to use this mechanism in conjunction with a local council.

But we just think, the time right now, it's right to give people some certainty on this and just say: there will not be any additional regional fuel taxes.

RNZ: Okay... so roughly yesterday morning, you got a call from the prime minister saying what do you think about this?

RNZ: But you didn't discuss it with Shane Jones obviously?

PT: No, and to be fair to Shane, he should have been in the loop and that's a glitch on our part.

RNZ: So, the two of you made this decision?

R: Prime minister, the regional fuel tax - was it a mistake not to keep Shane Jones in the loop?

JA: No, that's been discussed before... we've had that conversation in Cabinet committee.

R: It's not a very good sign though of a coalition government, is it, if Shane Jones didn't even know about your commitment until you stood up in the House?

JA: Actually, the deputy prime minister made comment today, just this morning, that this was an issue that we had discussed, that it was known - my view on this. And that probably Minister Jones should have reflected that in the House.

R: But Phil Twyford said this morning on the radio that he only found out yesterday as well.

JA: No, again, he was in the same Cabinet committee where we had these discussions as well - and I made my view very clear - and in fact, it's in legislation.

Again, I should highlight, we put into law that no other region could access the regional fuel tax.

And at the time we discussed the point we should put into law, the advice that we had was that it would be prudent just to hold ourselves to that commitment rather than bind future governments, but at that point I made very clear it was my intention that we would have no other form of regional fuel tax.

R: Why didn't you make that clear publicly?

JA: Ah, because that was the advice that we were given. To be honest, I hadn't been asked.

R: When was the first that you knew of the prime minister's commitment not to roll out the regional fuel tax further than Auckland?

WP: When we had the discussions and put it into law. We said specifically this regional fuel tax is strictly and only Auckland. Which part of that was unclear?

R: From 2021 it was open for other councils to apply - she's now taken that off the table.

WP: Well, 2021 is about what happens after the next election. We're dealing with this three-year period and that's all I'm interested in.

R: But she's made a commitment now while she is prime minister -

WP: That's up to the prime minister to make that commitment.

R: But she didn't tell you about that commitment?

WP: She didn't have to. She's not required to. We're not going to be talking about what happens after the next election until we've won it.

Shane Jones' correction to a statement in the House, 25 October

When answering a question on behalf of Minister Phil Twyford, I was asked when I became - and I was speaking as if I was him - aware of the PM's clarification that there would be no additional regional fuel taxes while she was prime minister.

As I was speaking on behalf of the minister and not myself, the correct answer should've been that I, speaking as the minister, was aware of this clarification yesterday morning.

It was a matter of mixed personalities.

PT: The prime minister has always had a view that Auckland would be the only regional fuel tax. That's been her view all the way along - it hasn't been expressed publicly.

And yesterday, the prime minister clarified the position of the government that there would be no further regional fuel taxes on her watch.

R: Did you not say on the radio this morning that you found out yesterday?

PT: What I found out yesterday, prior to question time, was that the prime minister intended to make and sought my views on the clarification that she made in question time.

I've been fully aware of the prime minister's views on this issue going back to the beginning of the year.

R: Why encourage Hamilton then, for example, to apply for regional fuel taxes?

PT: I didn't encourage Hamilton. That was a pro-forma letter pointing out the legal process under the Act. I've had a number of discussions with the mayor and council in Hamilton and made it very clear there would be no regional fuel tax in this term of government.

R: But that's different from while Jacinda is prime minister.

PT: Yes, and that's the announcement that she made yesterday.

R: Isn't that a change of position then?

PT: Well, I regard it as a clarification... The government's position until now, publicly, has been that there will be no additional regional fuel taxes in this term of government.

The prime minister has taken that one step further and clarified that there will be no regional fuel taxes while she's prime minister.