It was a big part of Labour's election campaign - addressing the country's skyrocketing house prices and helping first home buyers get a step on the ladder.

So how have they performed?

As part of RNZ's One Year On series marking one year of the Labour-led coalition government our reporter Tom Furley takes a look.

Take a look back at the 2017 election housing policies here

Labour campaigned on a promise to build more affordable homes, as well as cracking down on foreign buyers and investors.

Its ban on foreigners buying existing homes came into effect after some softening and criticism.

While an election promise, the move was considered by many in the sector as unnecessary with data suggesting foreign buyers made up just 3 percent of the country's residential property buyers.

In March, the bright-line test, used to determine tax on residential investment property sales, was extended to those selling within five years - up from two years.

CoreLogic Head of Research Nick Goodall said it was difficult to assess the effects of changes just yet, however it was clear investors and speculators were feeling the pressure.

"The idea behind [the changes] and the fact that there has been quite a lot of scrutiny on property speculators has seen a bit of change in the market as well, so I think we are seeing fewer investors getting into the market but they've also been impacted by things like the [Loan-to-Value Ratio] limits."

He said the most significant impact came before the Labour-led government when the Reserve Bank began requiring investors to have a 40 percent deposit before they could borrow the rest from a bank.

"From that point in 2016 we have seen, especially in Auckland, prices effectively flatlined," Mr Goodall said.

According to QV Auckland residential house values in September rose just 0.8 percent annually - unchanged from the rate of growth the previous year. 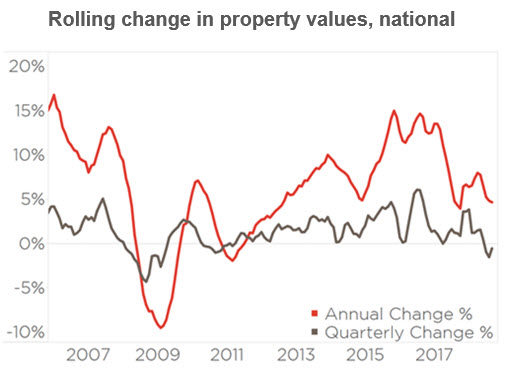 Growth in the regions has gone at a faster pace than most of the main centres, however Mr Goodall said it was important to note that long term they were still slowing down as well.

For example for the month of September Napier residential house values increased 9.7 percent annually, down from 18 percent annual growth in April.

"The two main areas that are seeing some growth still, Wellington and Dunedin, a key point in these areas is that there are still really low listings levels in these areas. So even though demand has been reduced because of LVR limits and focus on investors, listings and the supply side is still very low so there is still some form of price pressure in those areas.

Mr Goodall said the focus on speculators and lending restrictions had reduced demand which in turn meant fewer sales.

Recent Real Estate Institute figures showed the lowest sales volumes in eight months off the back of low July listings.

It also showed it was taking two days longer to sell a property last month than a year ago.

While interest rates have remained low, in January the Reserve Bank eased LVR rules to allow banks to lend to more first home buyers with less than 20 percent deposits.

In the third quarter of 2018 CoreLogic said first home buyers made up almost a quarter of all residential property purchases. 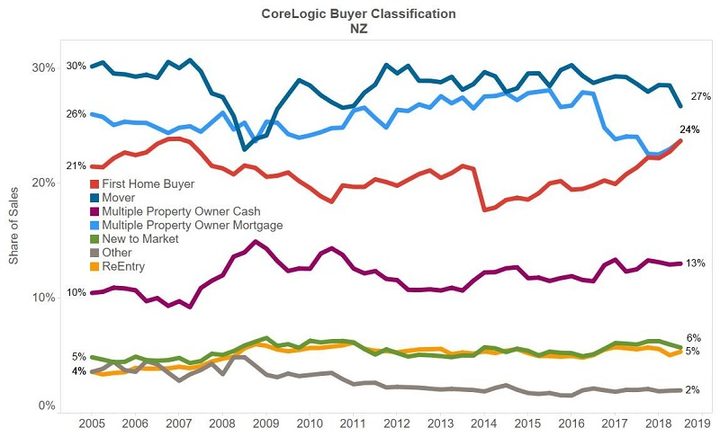 As part of the government's plans to get more New Zealanders on the housing ladder its KiwiBuild programme set the goal of building 100,000 affordable homes in the next 10 years. 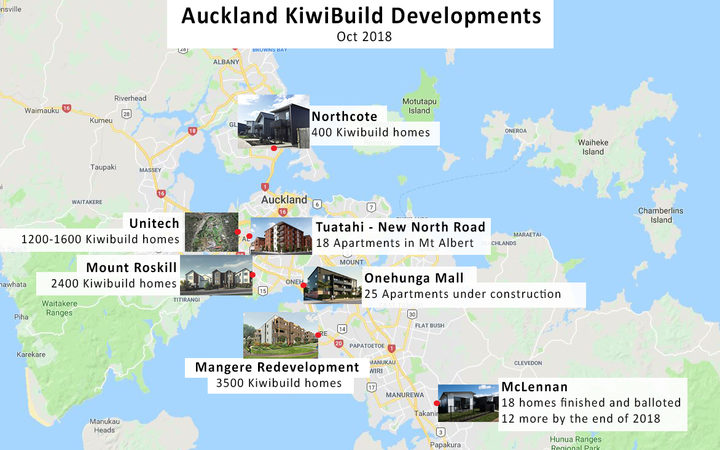 The programme is still ramping up with just 18 built so far.

A further 70 are under construction, including 25 apartments already balloted in the Auckland suburb of Onehunga.

Announcements of new developments - primarily private-sector driven with a government underwrite on sales - are trickling in, however many are still being finalised or are under negotiation.

KiwiBuild has said it's signed contracts with developers for 3367 homes however the majority are yet to be announced.

With the clock ticking the head of KiwiBuild, Stephen Barclay, said last week that they were on track to deliver the first 1000 KiwiBuild homes on schedule by mid-2019.

Tammie Stretton, 34, and her partner are among the many prospective buyers who have been looking dispiritedly at the Auckland market.

"We've just found it really daunting, really intimidating, the prices out there it's just completely unrealistic for us to have a house."

They had already been unsuccessful in one KiwiBuild ballot however she felt better now than she did a year ago.

"It's competitive, sure, it's still really expensive for people but having this option is making us feel a lot safer about the future, a lot more optimistic.

While a central location and large traditional house would be great, she said she was realistic about what they could afford.

"Of course I've fantasized about living in a big house with a big garden, and I'm still optimistic that one day that'll be a reality for me, but I know for our first place it won't be that. It'll probably be a townhouse or an apartment."

Without KiwiBuild Ms Stretton said their prospects of entering the market would be "slim to none".

"We wouldn't even consider entering the housing market at the moment, it's just too much. You're signing your life away with a huge mortgage that's going to be over a million dollars. It's just not sustainable. I mean I'm a social worker, I don't make that much, it's unrealistic for young people."