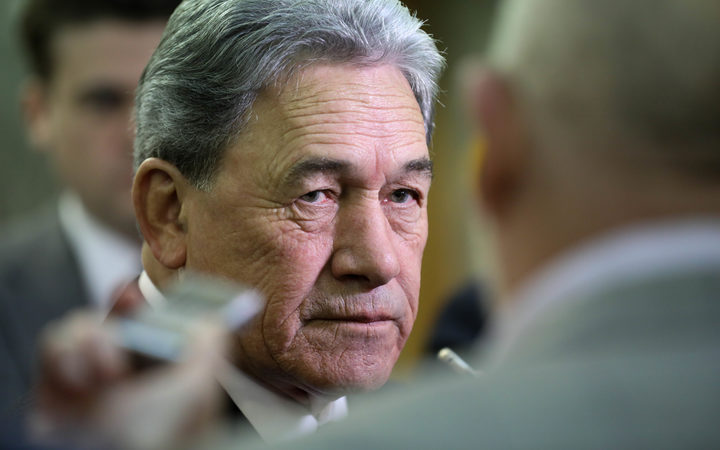 The plan - raised at the party's conference over the weekend - would require new arrivals, including refugees, to sign up to beliefs such as gender equality and religious freedom.

Other values include respect for "all legal sexual preferences" and a commitment not to campaign against alcohol consumption.

"What strikes me is that they're talking about some immigrants, especially from Asia, especially Muslims, but not British, not South Africans," he said.

"The whole narrative is quite selective."

Prof Spoonley said the plan was "a nonsense" as it was impossible to police people's values.

"How do you actually test people? If I'm an immigrant applicant wanting to come to New Zealand and you ask me questions about my core values, I'm going to give you the answers that allow me into the country.

"I just think it's a particular political line... which is about being nationalistic and really quite discriminatory towards some immigrants."

The Green Party has also pushed back, although it won't go as far as accusing its government partner of "dog-whistle politics".

"It's not for me to say [NZ First's] motivations," Green MP Golriz Ghahraman said.

Ms Ghahraman said new arrivals should be treated with trust rather than presumed to be problems.

"If we start from a presumption that anyone who isn't born in New Zealand is likely to bring this threat, then aren't we actually degrading other cultures?" she said.

"The presumption is that those problems are being imported, but it's really important to acknowledge that those are really, really big problems already in New Zealand."

But NZ First leader Winston Peters said that was a "rather desperate" argument.

"What justification could that be? That because some New Zealanders do it, then it should be carte blanche for some people who are new New Zealanders?"

National leader Simon Bridges told TVNZ's Breakfast the proposal was "headline-grabbing nonsense" to distract from problems with the Government.

"Of course we've got our unique set of values - whether it's tolerance or a fair go and so on," he said.

"But the immigrants I meet, they actually very quickly become passionate, patriotic New Zealanders and they don't need to go through some course or sign a document."

ACT party leader David Seymour said he supported the proposal, but feared it was an empty promise.

"[NZ First] claim to have had a version of this policy for 25 years, then they say it's new, and yet they haven't done anything about it."

Immigration Minister Iain Lees-Galloway - who is a Labour MP - declined to be interviewed on the topic.