The National Party is questioning the Prime Minister's financial nous after she misspoke in an interview about economic growth figures. 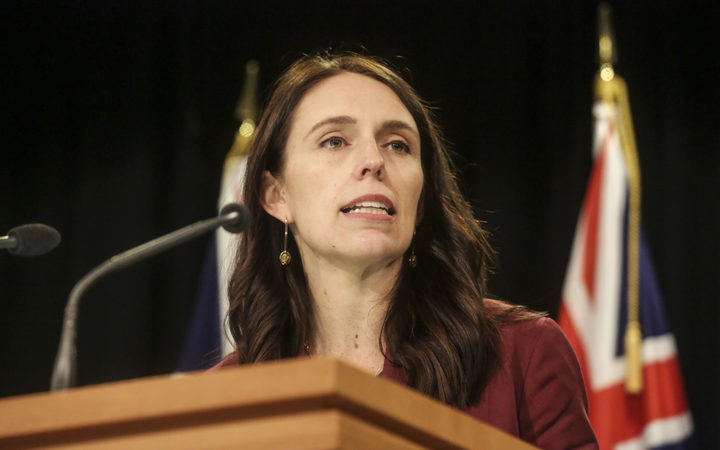 Jacinda Ardern clarified that she had been talking about the Crown financial statements. Photo: RNZ / Richard Tindiller

Jacinda Ardern had to swiftly backtrack after telling NewstalkZB's Mike Hosking this morning she had received "a hint" about the soon-to-be-released GDP numbers.

She later told reporters she had been talking about the Crown financial statements, but acknowledged that was not clear.

The GDP numbers are kept under strict embargo until Statistics New Zealand releases them on Thursday morning.

National leader Simon Bridges zeroed in on the mistake in Parliament this afternoon.

"Does she know the difference between GDP and Crown financial statements?" he asked the Prime Minister.

The National leader also asked whether Ms Ardern made the error because she was distracted by "managing coalition differences".

Ms Ardern rejected that: "It's not the first time that Mike Hosking and I have not listened to each other."

"Does the minister consider it part of his job as the Minister of Finance to make sure the Prime Minister knows the difference between GDP and core Crown accounts?"

Mr Robertson said both he and Ms Ardern "certainly" knew the difference.

"Everybody makes mistakes," he said.

The NZ dollar gained a quarter of a cent off the back of Ms Ardern's comments, but was then quickly knocked back by international news.

MH: The GDP numbers on Thursday, have you seen them or got a hint?

JA: Uh, we'll be - we'll be putting out the audited and final results soon.

MH: So, you have seen them?

MH: Are they good?