Debate around the use and translation of te reo Māori at Parliament has sparked an admission from National's Gerry Brownlee, a former Māori teacher, that he hasn't used the language in two decades. 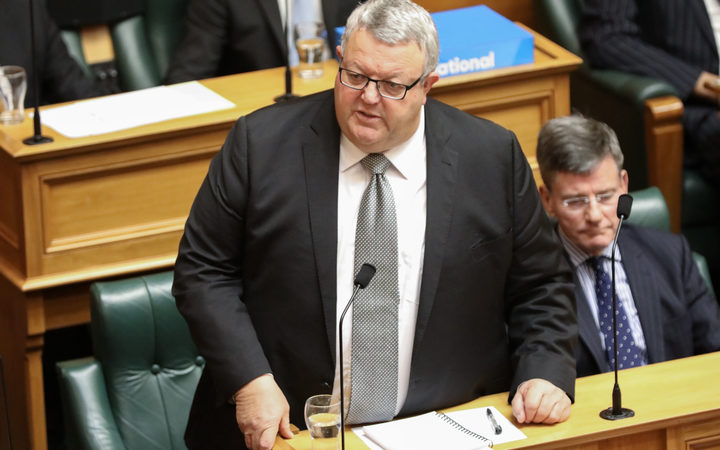 It is Māori language week, and several questions at Parliament have been answered fully in te reo. That's not uncommon - many MPs choose to use the official language of New Zealand, or use a mix of Māori and English.

But following several long answers in te reo from Labour's Nanaia Mahuta at question time this afternoon, the Speaker Trevor Mallard called her into line, using the word "iti."

Mr Brownlee raised a point of order thinking the Speaker had pulled up the Minister for "less than appropriate" language in Parliament, but Mr Mallard quickly put him right, saying he was referring to the answer size.

Mr Brownlee charged on to make his point.

"Well, there was a short answer yesterday that I'd like you to have a look at - it came from the honourable Kelvin Davis... Had that been delivered I suspect in English, it would have brought some ire from you."

He went on to say that if there was going to be more use of te reo - which he doesn't object to - he thinks "it's important when people are using it that they are not using it to deliver insults" or any other comment that might not ordinarily be acceptable.

Mr Brownlee then revealed he hadn't used the language in 20 years because of a "tirade that was dumped on me by the Māori Language Commission and its chief executive back then."

That was likely to do with his call to abolish the commission in 1999.

Mr Brownlee said his point is that the language should be respected if used in the House.

Mr Davis responded saying Mr Brownlee must have the wrong translation of the word he used because te reo is often about context, and many words can have quite different meanings in different circumstances.

"There are some words that can be translated in more than one way, and so there is issue around the interpretation of what I said. I think I know the answer he was referring to," he said.

Mr Davis said he shouldn't be responsible for the English translation of what he says in Māori.

Mr Mallard ended the debate, saying this has highlighted an area with the potential for some problems going forward.

There is a live translation service available for all MPs in the House of Representatives, via an earpiece plugged into their desks.