A decision on whether New Zealand troops should stay in Iraq is imminent, with the Defence Force training mission due to end in November. 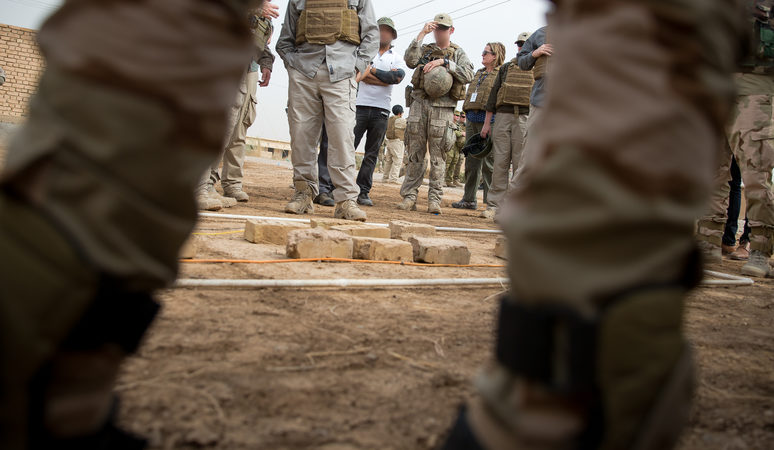 Defence Minister Ron Mark said Cabinet had to be convinced it continued to be in New Zealand's interests and was sustainable, given this country's sizeable commitments elsewhere.

One option could include a phasing out of the programme, over time.

The joint mission with Australia started in 2015 as part of the US-led Operation Inherent Resolve, and has trained more than 30,000 members of the Iraqi security forces.

But with political instability, protests over government corruption and Iraq declaring victory over ISIS, there are questions about whether it's time for New Zealand to withdraw.

About 140 defence force personnel are part of the deployment - most of them based at Taji Camp, but there are also three intelligence officers working out of Qatar.

The mission was extended under the previous government and its mandate broadened - the coalition Cabinet now has to decide whether to stay on, or pull the pin.

New Zealand's been keeping in close contact with other partner nations, with Ron Mark saying they have to be aware of this country's limitations as a small nation

"We do our best to, one, make contributions, but also live up to the those contributions ...but we can only sustain operations for a certain length of time - we simply aren't big enough.

"It's not case a cutting and running or leaving people high and dry", said Mr Mark, "it's about making a considered decision that best suits New Zealand's interest and protects New Zealand's reputation"

The Greens want an immediate withdrawal, saying the tens of millions of dollars already spent was a waste of money.

Defence spokesperson Golriz Ghahraman said now at least the Greens had more input, as a confidence and supply partner to Labour.

"We talk about where our military forces could best do their work which is in things like environmental protection, monitoring in the Pacific, the Antarctic is our biggest deployment - and that's where I would like our efforts shifted to more and more," said Ms Ghahraman.

"And historically the mistake that's been made is we leave too early and so we need to stay, we need to continue to provide the training that the troops need ...and that all the gains that we made are actually kept and consolidated," he said.

A Cabinet briefing from April said the US had "repeatedly" urged coalition partners to maintain a strong presence in Iraq.

Mr Mark said ministers had to look at all aspects of the deployment.

"Assuring ourselves that what we're offering is still of value to them, that they haven't outgrown us, or understanding if what we've done has proven to be sufficient - where else could we be of value or are we done?"

The operation involved working with Five Eyes partners, including the US and Australia, but Mr Mitchell said the decision to stay or go was not about pandering to those countries.

"I don't look at it in terms of 'keeping them happy' - I'm very proud that we have a pretty fiercely independent foreign and defence policy ...but historically they're our allies and that we should be going and playing our part as well."

Meanwhile, an error that meant some troops were deployed without cabinet approval, has had to be fixed. The mistake led to about 80 breaches of the ministerial mandate.