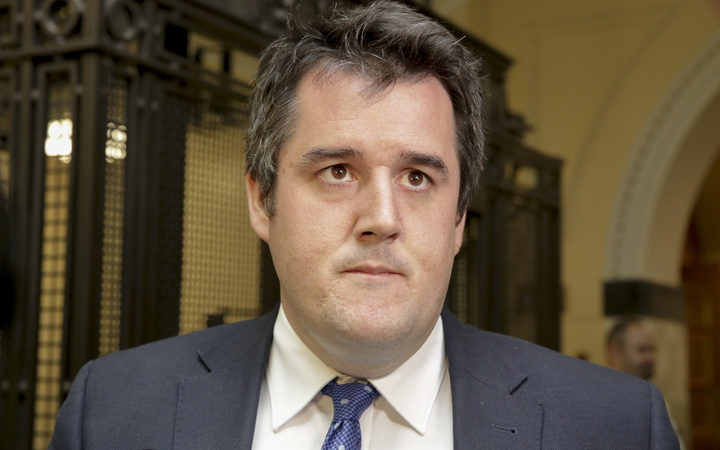 The six-week inquiry into the appointment of Wally Haumaha as deputy commissioner of police, led by Mary Scholtens QC, begins Monday.

Mr Jones interrupted question time this afternoon to raise his concerns, and requested the Speaker address it.

"I'm not suggesting that Mr Bishop is anti-Māori and quite frankly I don't care if he is.

"But it's an important principle as the number of Māori in the House, whether they're urban Māori, broader traditional Māori, that you contemplate that situation - because we are not going to put up with it for one more day."

Mr Peters said it was "clear as daylight" National made no effort to back up the allegation.

"By innuendo they are saying, 'That person's a cousin,' and in the Scottish or the clan sense there could be seven-to-10,000 people or more involved. But no they didn't make that difference. They just say because of a relationship they're acting in a corrupt way and that's rotten. It stinks.

National MPs, however, are backed Mr Bishop, rejecting he was being racist.

"As one of those Māori, there is actually also a convention that we express our conflicts of interest for our whānau, and particularly where we are looking to make statutory appointments.

"This side of the House has a right to question that."

Shadow Leader of the House Gerry Brownlee said it was Mr Jones' accusation that was not helpful.

"The general allegation made against the Parliament by Mr Jones today, that it is somehow racially selective to bring up an issue that relates to the appointment of a person who is of New Zealannd Māori descent is a very, very backwards step for this Parliament."

Speaker Trevor Mallard said he dealt with it at the time by requesting the question be reworded, and was pleased Mr Bishop chose instead to not repeat it.