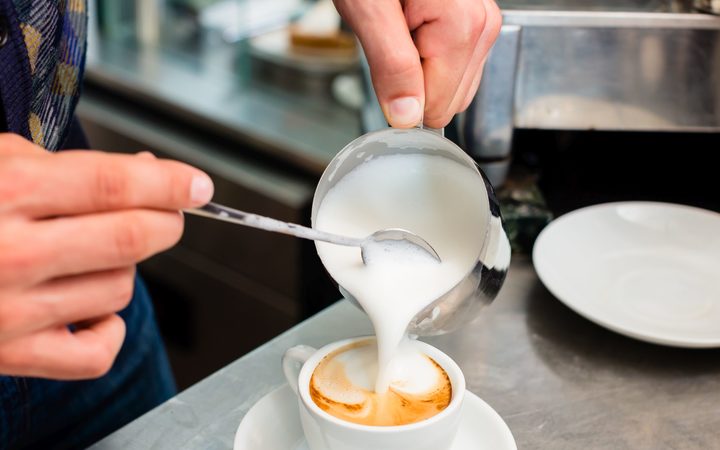 The Government's Mana in Mahi project launched yesterday - it's aimed at 18-24-year-olds who have been on a benefit for six months or more.

The income equivalent of the person's benefit will be paid to the employer who is expected to top that up to at least the minimum wage.

Chief executive of the Industry Training Federation, Josh Williams, told Morning Report the scheme is a really good start but it should be universal.

"We think the employers of all new apprentices require support, people that have new careers have patchier work histories and at a time unemployment is low, we do know that there is people who have a few rough edges that need a bit of help."

He said people who go straight into employment, as opposed to university, should be subsidised for the first year.

"We need to pay the teachers, why on earth don't we pay the employers who train up the workforce," he said.

"The only difference between an apprentice and a university student is that one's paying tax and and not drawing down student support."

Mr Williams said last year there was 12,000 new apprentices and covering the first year of their training would be the same as what is paid for a tertiary student, costing the government $100 million.

"It's money that we would either be paying to benefits or we would be paying through the tertiary education budget so in the end why wouldn't we put that same money into upskilling the workforce at a time like now."

He said 25,000 employers are involved in industry training and apprenticeships.

"We would like that number to grow, because in the end society wins and the economy wins if we get people into productive employment otherwise we pay in the long run in other ways," he said.

"The trick with apprentices is that they've been turning lives around for centuries.

"In the end, we can have 73,000 NEETs (not in education, employment, or training) or we can put people in working futures."

Downer NZ HR general manager, Debbie Kirby told Morning Report Downer has been doing something similar to the scheme for a number of years and already has a partnership with MSD.

"It's been a real win-win for down and for the government actually because we need loyal, committed, supported employees and they need people to have jobs."

She said Downer is now going to extend the scheme out to its subcontractors and partners.

"There is a skill shortage, particularly in the construction industry, and so we need to be doing things differently as employers and we found that looking at people in that sort of whole of life and offering that extra support is one of the best success stories that we've had."

"We've been also running programmes with MSD for the last couple of years and I guess we've been pretty critical of them and how those programmes work. This seems like its starting to work in the right direction."

"Sometimes they just change the name and do the same thing in a different way under a different policy name so I don't know if they're really looking at sustainable practices to get people to stay in the workforce.

He said people in schemes like this tend to be a bit more loyal.

"It doesn't impact our margins at all, these people need a little bit more care than your standard work employee that comes into the workforce.

"We have a full-time pastoral care officer that works with these people individually... that's probably an additional cost if anything but the impact is when you change someone's life, it's really rewarding for them and for us."