The government is playing down a warning from the Treasury that it's finances could be under threat from a slump in business confidence and a cooling housing market. 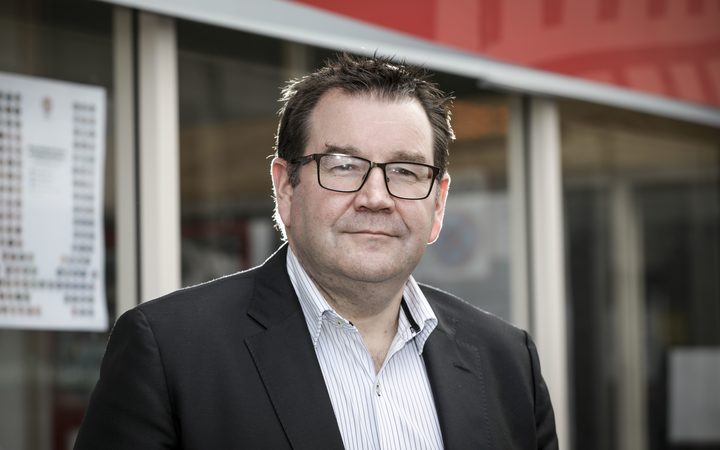 Grant Robertson said the government needed to listen to the business community, but overall the economy was in pretty good shape. Photo: RNZ / Rebekah Parsons-King

In its July update on the economy, Treasury says there is a risk that growth may be weaker than forecast in May's Budget.

While the Treasury thinks growth held up in the June quarter, it says the slump in business sentiment, a cooling housing market and fears of a trade war could knock the economy and the tax take.

Prime Minister Jacinda Ardern told Morning Report business confidence is not in crisis and the economy is transitioning away from being driven largely by population growth and speculation in the housing market.

"I think we have to take a look at the measures as a whole across our economy and even those surveys of course, they've got business sentiment across the economy as a whole. I accept that a reflection of confidence is a degree of certainty that business have going forward," she said.

"There are... a number of things out of our control at an international level that are uncertain. At a government level, what we're trying to do is address the other concerns business has raised.

"Domestically they want us to look into productivity, our skill shortages, making sure we diversify our economy beyond migration and housing speculation, we're doing that but that does mean we're going through change and modernisation."

She said she's looking at numbers behind the ANZ survey, pushing back on the reliance on one survey.

"The majority of business still believe that their own activity will improve or stay the same," she said.

"The alternative ... is that we sit and allow housing speculation and migration to continue to be the basis of our economic growth, that's not sustainable."

Commentary suggests we are coming off the back of a GFC cycle a little sooner than other economies, she said.

Finance Minister Grant Robertson said the Treasury was signalling there were some challenges in economy.

"Driven in part by the changing focus from an economy that's largely grown as a result of population growth and speculation in the housing market.

"As we transition to an economy that is more productive and based more on how our economy can be more sustainable, there will be some changes there and clearly the international environment has created some issues too."

National's leader, Simon Bridges, said the Treasury's warning was no surprise to him.

"We've seen the banks, we've seen a variety of other economic forecasters move in this area, it was only a matter of time before we'd see the Treasury do that as well, they've been rather too optimistic in their forecasts to date.

Mr Bridges said it was inevitable that if the trend continued the government's books would take a hit.

"You know, I hope I'm wrong about that, but if what we are seeing today continues ... that will effect both the government's revenue but also on the other side their ability to spend.

"The only option really to get around that is to tax and borrow more and I don't think they are particularly palatable options."

Mr Robertson said it was important not to get too fixated on one survey or one set of indicators.

"We can see good numbers in consumer confidence, employee confidence, unemployment while it ticked up a tiny bit, is still down from where it was when we came into office and there is solid job growth and good indicators in a number of areas in the labour market, wages are rising - there are good things happening in our economy."

But Retail NZ public affairs manager Greg Harford said it was pretty difficult in retail at the moment.

"There's lots of retailers out there that are finding it very challenging to hit their sales targets, consumers are increasingly reluctant to open their pockets and spend and ultimately we think that points to a bit of a decline in consumer confidence."

Mr Harford said there were a range of reasons why consumers were not opening their wallets.

"They're facing increased costs in relation to council rates, insurance bills and so forth, there's a little bit of inflation creeping into the market as well, so things are costing more and overall I think there is a bit of consumer uncertainty out there about things like tax rates."

Mr Robertson said the government needed to listen to the business community and hear their concerns, but said overall the economy was in pretty good shape.