The Ministry of Business, Innovation and Employment (MBIE) severely understated its spending on external contractors and consultants, spending $77 million and telling MPs it only spent $39m. 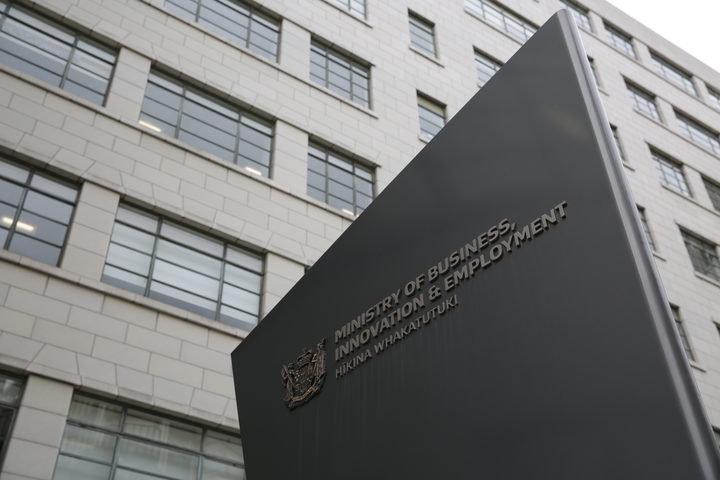 Government departments spent more than half a billion dollars on contractors and consultants last year, almost double that of eight years ago.

The government today said the total figure across 29 departments was $546 million in the 2016-17 financial year. The spending of another seven agencies has not been published.

An independent review of MBIE spending on consultants and contractors - completed in April - showed it spent $77m in this way in 2015/16, but told a select committee it had spent almost half that.

"The review found that the approach the Ministry took and the answers provided to the select committee questions... were not as clear, full and transparent as they could have been about the Ministry's spending on consultancy and contractors," senior civil servant Wendy Venter said in the 22-page review.

The report appears to have been put on the ministry's website earlier this month without any public statements accompanying it.

The review also showed the Ministry spent $95.7 million last year - or about 15 percent of the Ministry's entire spending - compared with its statements to MPs that suggested it spent just $73 million.

Ms Venter said the Ministry gave the answers it did to MPs because it was the way it had reported on spending in previous years and it aligned with a "note disclosure" in its statements.

"These reasons are not a sufficient basis for excluding these costs," she said.

In fact, it had risen by 67 percent - although it was unclear what the Ministry was excluding from spending figures in previous years.

At the time, the Public Service Association said all government agencies should "follow the lead" of MBIE and release details of their spending on contractors.

It found three other major departments varied how they reported spending on contractors: Inland Revenue, Internal Affairs and the Ministry of Social Development.

"All agencies adopted different thresholds for the individual contracts reported," the review said.

Those variations showed further policy guidance would help to and be "in line with the objectives of open government".

MBIE could look at making more information publicly available, and doing more to ensure the spending details are correct, it said.

The $95 million spending in 2016/17 was very close to the total spending indicated in a spreadsheet leaked late last year. The Ministry dismissed this spreadsheet as inaccurate.

The leak triggered a hunt for the leaker.

The Ministry told RNZ today that investigation was complete, but the outcome was confidential as it was an employment matter.

In March, RNZ reported that the Ministry's answers to the select committee did not add up properly, but that the total spending "could be as high as $95 million depending how the latest figures are added up".

At the time, the ministry did not clarify why the select committee report numbers did not add up.

"MBIE has always responded to parliamentary select committee questions in good faith and in line with the available guidance," a Ministry spokesperson said in a statement this afternoon.

"But we recognised that we could make improvements to increase consistency and transparency, and make the complex information provided easier to understand."

Many recommendations from the 2016-17 select committee annual review in February were implemented, and further improvements would follow this year, the ministry said.

"We use contractors and consultants for projects and to cover peak demand where it's economic or necessary to do so, but we also want to be really transparent."

The Public Service Association said it had heard nothing and had not been involved.

New Zealand's accounting practices followed by departments did not require disclosure of spending on consultants and contractors, but this was considered good practice.

ACT Party leader David Seymour said it was a "great shame" the Ministry misled MPs about its spending.

"It's a major problem that they misled the select committee, but let's just remember the mischief started with this silly, arbitrary control on the number of people working for government, as opposed to cracking down on the number of things that government is asked to do to people by politicians."

Today's figures also showed that the Department of Conservation spent $69 million on contractors and consultants, and the Internal Affairs Department $39 million.

The government was now moving to remove a long-standing cap on the total number of core-service government employees, set at 39,000. This would reduce the need to use contractors, it said.