The prime minister's parents have expressed their excitement at the birth of their new granddaughter. 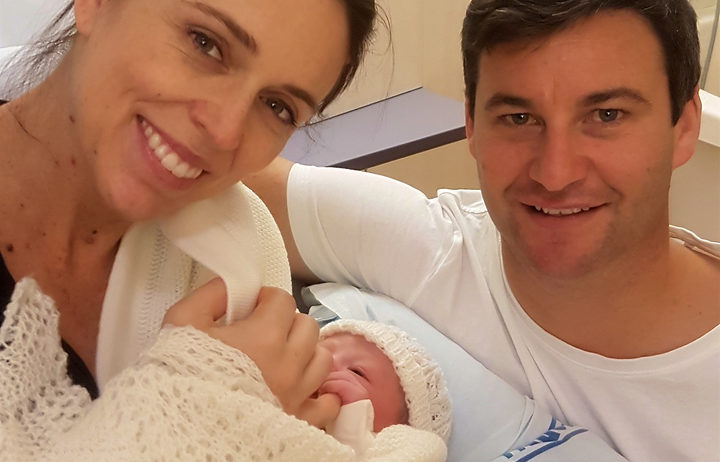 Ms Ardern's father Ross Ardern told RNZ he and his wife Laurell were "very proud" and warmly welcomed the new addition to their family.

Mr Ardern said it was a special moment when they received the news, though the world-wide media attention felt "slightly out of kilter". 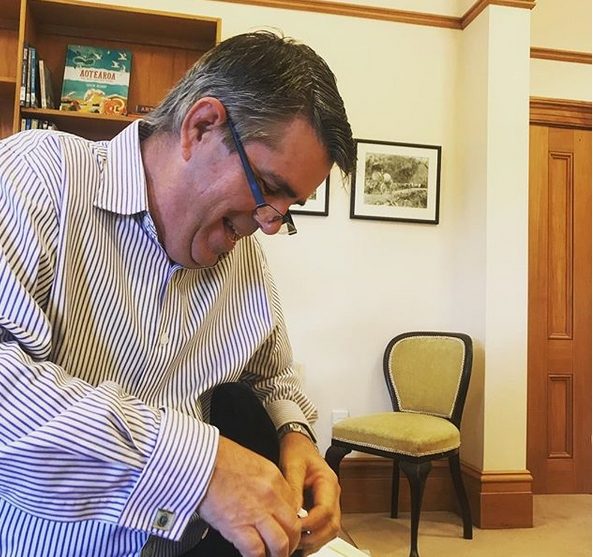 Ms Ardern posted this image of her father, Ross Ardern, helping her with her shoes a few weeks before she gave birth. Photo: Instagram / Jacinda Ardern

"We're a family that are fairly well grounded and to see this on the international media is absolutely different - I can say that without a shadow of a doubt.

He said the baby girl would be great company for their other two grandchildren. He was part of the support team "as all members of our family will be."

Finance Minister Grant Robertson said the couple were smitten with their daughter and overwhelmed by the reaction from friends, colleagues and the public.

Mr Robertson said the birth was a fantastic story for New Zealand to tell about the "kind of country we are - that is is possible for a woman to combine a high-profile career and having children".

"Jacinda said herself she's not superwoman, she's doing what a lot of other women have done which is work up until they give birth and then come back to work in a few weeks time, and that's what a lot of women do, it's quite a normal thing.

"Equally, as the Prime Minister of New Zealand it's quite an amazing thing."

Ms Ardern has been inundated with well wishes from around the globe since the birth of her daughter.

The historic occasion has caused a stir at home and worldwide - Ms Ardern is the first world leader to give birth in office in almost three decades.

As with the pregnancy, news of the baby's arrival came first on social media.

Ms Ardern posted a photo and a message: "Welcome to our village, wee one."

And from around New Zealand, well-wishers extended that welcome.

Politicians across the political spectrum also congratulated the new parents.

From a boat in the south of France, Dame Annette King, a Labour stalwart and long-time friend, said she was "absolutely delighted".

"Congratulations to Jacinda and Clarke. I am going to suggest that Annie would be a good name - or Annette if you prefer the longer version."

Speaking from Canada, the former Prime Minister Helen Clark said it was a very proud day for the couple.

"I fully congratulate them on the new arrival to the family, but it's also a great day for New Zealand because we're setting the pace again.

"And I think it sends a message to young women that you can combine career and motherhood."

Back at Parliament, the governing parties issued buoyant statements.

Green Party co-leader Marama Davidson said the historic occasion sent a message that caring for children was one of the most important jobs there was.

From across the political divide, the congratulations came too - from ACT and from National.

National's leader Simon Bridges knows what it's like to have a newborn in the home while working at Parliament.

He welcomed his third child at the end of last year.

"My messages would be really enjoy this special time, have as much fun with it as you can. They'll be great parents and do a great job at it."

The prime minister's newborn girl joins a group of political babies - Jemima Bridges among them. 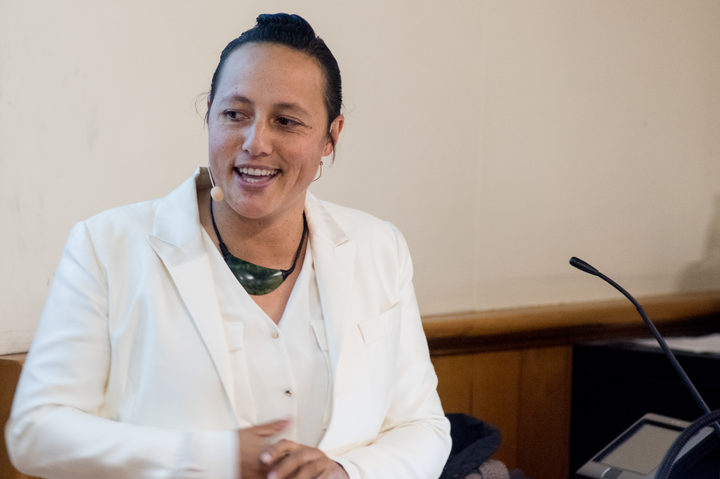 Also Hiwaiterangi - the daughter of Labour's MP Kiritapu Allan and her wife.

Ms Allan said juggling politics and parenthood was both a privilege and a challenge - one she was certain the Prime Minister would ace.

"She's incredibly capable, as is Clarke - a good East Coast lad - they'll have it down pat pretty soon."

The growing contingent of new parent-politicians means there'll be plenty of support and advice for the prime minister.

"Just accept that it won't always go as planned. You'll figure out and you know don't be too hard on yourself."

"I would actually, if anything, just encourage them to take care of themselves and the little one, because it is a very special time - and a difficult one."

Labour MP, and Education Minister, Chris Hipkins knows that too - he has a 20-month-old son.

"It's hard work because Parliamentary hours are quite long and for those who are up all night dealing with babies - you know, that can be pretty exhausting.

"But I think we're getting better."

The Speaker's encouraged MPs to bring infants into the debating chamber or a nearby room to be fed.

And an outdoor playground is on its way.

It's a different time from when Nanaia Mahuta welcomed her son into the world while a Labour MP in 2009.

"Look, I'm really glad now because we've got more and more young women, who not only believe that they can come to Parliament and serve and have babies - but be the prime minister, too."

And she had some important advice for the new parents.

"Sleep when you can. These first few months, I think it's going to be all about bubs, but I'm pretty confident that she will be able to do it and she's got a lot of doting colleagues who will be willing aunties to push the pram up and down to to get baby to sleep."

Ms Ardern is expected to spend the next six weeks on maternity leave, before returning to Parliament in August.