Children's Minister Tracey Martin is signalling a shift away from putting children into care, and towards intensive intervention in a child's home. 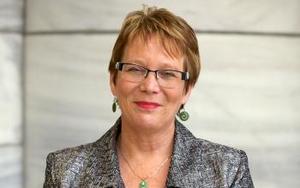 In the annual update on Oranga Tamariki to Parliament's Social Services Committee, Ms Martin said her vision was fewer children in state care.

"It's going to be controversial, but I believe it's true to say that we have more children in care than we need because we don't have enough intensive intervention services," she said.

Ms Martin said it's about about giving families and children better support.

"Intensive intervention can keep children in their homes, if we step in and walk alongside the families in a very intensive way.

"And we've got some great models actually I think with iwi that are working around this at the moment," she said.

There are currently 6000 children in state care, 60 percent of whom are Maori.

Nearly 100,000 children sit "between early and intensive intervention" meaning many will need some sort of help from Oranga Tamariki.

Children's Ministry chief executive Grainne Moss told the committee it was incredibly focused on working with iwi on this.

"All of the international research and local research indicates that if children are with loving whanau then that's where they get better outcomes."

Oranga Tamariki is just a one-year-old ministry, after it was split off from the Ministry of Social Development under the previous government and Minister Anne Tolley.

Ms Martin said she was amazed by how well the agency had done and how much it had achieved in this short time.

"It's a very new agency but we all know it's doing really, really important things," she said.

"What we've done in this budget is put in extra money so it can continue with its transformation, and expand on its services."

Oranga Tamariki is receiving an extra $52 million in operating funding next year, then an extra $72m each year for the next three years after that.