It appears Justice Minister Andrew Little is still hopeful he can eventually get the support of New Zealand First to repeal the three strikes law. 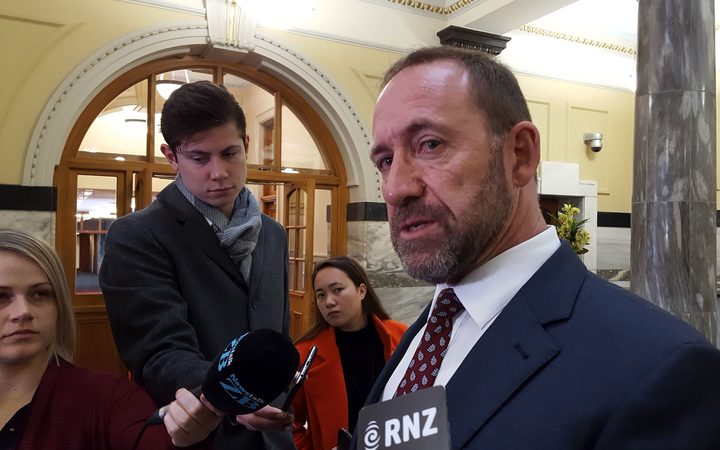 Less than a fortnight ago Mr Little hoped to have the law off the books by the end of this year.

But yesterday morning he did an abrupt U-turn after New Zealand First told him it could not support his plan.

Later in the day he appeared before the Justice Select Committee, where National's Justice spokesperson Mark Mitchell told him that as justice minister he should be able to get on and do what he needs to do.

"You're in danger of transitioning from the minister of justice to the associated minister of justice because it appears that you are starting to lose control of that portfolio and that control has been passed to a much smaller coalition partner and that's actually a big concern."

Mr Little rejected that, saying there were a number of steps to go through before a matter got to Cabinet.

"The reason you do have multiple stages is precisely because it's an opportunity for people to dig deeper, reflect and sometimes change their view."

Mr Mitchell was not convinced.

"At what point during the process did you change your position from providing strong, clear leadership in terms of advancing an important paper through cabinet to deciding that's the wrong approach - it's the piecemeal approach and we'll delay it until last year?"

Mr Little replied that his position on providing leadership in a difficult area had not changed.

Under further questioning from Mr Mitchell, Mr Little said that he had spoken to the prime minister on Friday and told her the Cabinet proposal should be pulled.

Mr Mitchell continued to push Mr Little, asking him when the last time he consulted with anyone from New Zealand First about the three strikes law.

Mr Little said a number of times during the hearing that Mr Peters' main concern was making the changes in a fragmented way.

"He has rightly raised a concern that what is the concern of doing preliminary piecemeal change when we could do an entire package that shows a balance and show a thoroughgoing comprehensive reform of criminal justice, that achieves the objectives that we want."

Mr Little said the bulk of the criminal justice reforms would happen next year.