The National Party has taken a swipe at its former leader Jim Bolger as he heads up a working group tasked with radically shaking up industrial relations. 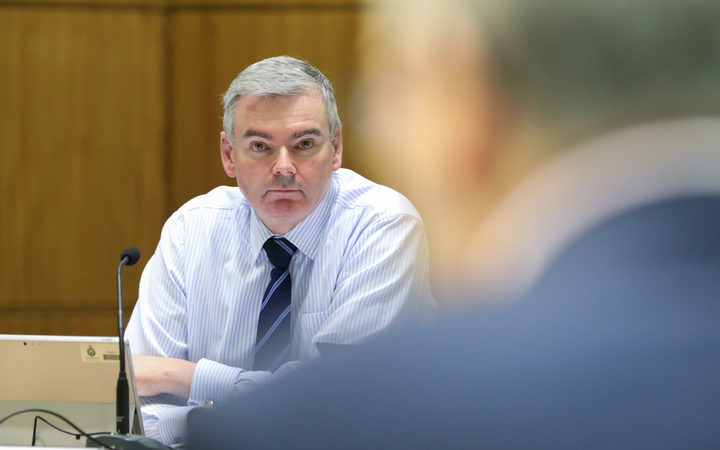 National MP Scott Simpson is warning New Zealand could return to the days of industrial strife and strike action in the 1970s. Photo: VNP / Phil Smith

The government on Tuesday announced a 10 person panel - chaired by the former prime minister - to investigate the best way to set up Fair Pay Agreements.

The contentious proposal would allow collective agreements setting minimum terms and conditions for all workers across the same sector or occupation.

National MP Scott Simpson said such a move was a return to the days of industrial strife and strike action in the 1970s.

And Mr Bolger's appointment did not allay the Opposition's concerns, he said.

"Jim was actually the Minister of Labour back in the 1970s, so I guess he's particularly well-placed to lead an initiative that will take us back there."

"This will do nothing to alleviate businesses' concerns about the direction the government's taking New Zealand in."

Mr Bolger told Morning Report both parties should be working together rather than trying to bring up the bogeymen of yesterday.

Speaking at Tuesday's announcement, Mr Bolger pushed back against suggestions the agreements were a step backwards.

"We're not going to be looking backwards," he said.

"It's where we are and what's the world going to look like tomorrow - and are we going to be able to meet the fair aspirations of all workers in New Zealand?" 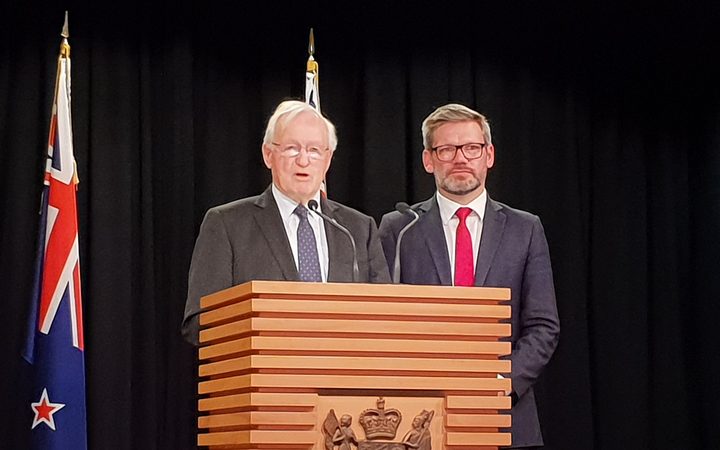 "Jim has an astonishing record in government and in Parliament," he said.

"He has demonstrated... that he is very keen to get his teeth into meaty issues."

The panel is made up of representatives from business, unions and academia.

BusinessNZ CEO Kirk Hope will sit at the table, alongside Hospitality NZ which represents some small businesses.

But Mr Simpson said business voices were seriously outnumbered by unionists and academics.

"Those are not people or organisations represented that best understand how businesses grow and thrive and how jobs are created in a growing economy."

BusinessNZ spokesperson John Milford said the group was "pleased to be part of the solution".

The business group primarily wanted to "look to the future" rather than talking about former mechanisms, he said.

He admitted some employers did have concerns about the cost and potential disruption and viewed the agreements as a step backwards.

"That may be the case - I would hope seriously not," he said.

"[I would hope] that what we're actually talking about is new mechanisms here, a new way forward for collaboration and cooperation between employers and employees."

The Employers and Manufacturers Association (EMA) said the workforce had a fraught and complicated job ahead of it.

EMA president Kim Campbell said nowhere in the world had been able to strike the right balance.

"It's get really difficult really quickly - comparing the work of a nurse or a fireman or a policeman or a builder - it gets complicated."

"Give me a break... of course we hope that it turns out fair. But what's fair for one thing is not necessarily fair for everyone."

Canterbury Chamber of Commerce chief executive Leeann Watson said big businesses would absorb the cost, but the small ones would suffer.

Mr Lees-Galloway said the objective was to stop a slide in workers' pay across an industry.

"I want business voices at the table... I want this to be a lasting feature of our industrial relations framework."

Unlike existing collective bargaining, industrial action would not be permitted in negotiations for a Fair Pay Agreement.

The Council of Trade Unions said the announcement was "the turning point from 30 years of struggle" for workers.

"We need to build in more mechanisms that can deliver better outcomes for working people."

The panel is expected to report back with recommendations by the end of the year.