Parliament is flying a rainbow flag today in support of the International Day Against Homophobia, Transphobia and Biphobia. 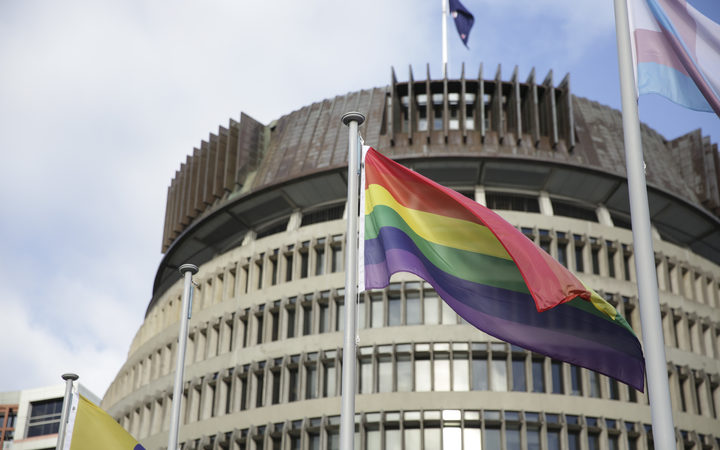 Alongside the rainbow flag are the trans, bi and intersex flags.

The Office of the Speaker told RNZ a request to fly the flags had been approved by the office.

Green Party MP Jan Logie said it was the first time in the world the intersex flag has flown at a parliament.

Today we are flying the rainbow, trans, bi, and intersex flags on the parliament forecourt. This is the first time in the world the intersex flag has flown at a parliament. #IDAHOTB2018 pic.twitter.com/fAiXud2ttp

Rainbow Wellington, of which Mr Robertson is vice patron, said the rainbow flag will "fly proudly" as he reads the Budget.

World First - do you know what it is??? #rainbowtippingpoint pic.twitter.com/g9h0S9EPIr

The day was founded by frenchman Louis-Georges Tin and aims to raise awareness of violence and discrimination of lesbian, gay, bisexual, and transgender communities around the world.