The revised Trans Pacific Partnership is back in parliament, with the controversial deal now being scrutinised by MPs. 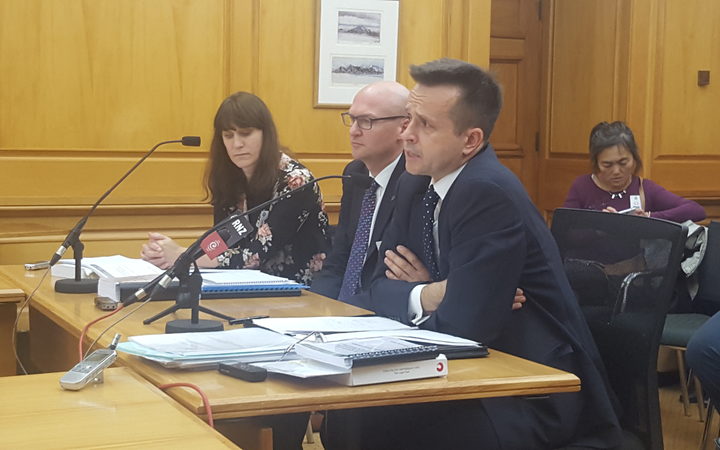 Eleven submitters fronted up to the parliamentary committee hearing on the legislation for the Comprehensive and Progressive Trans Pacific Partnership (CPTPP) today.

The submitters fell into two distinct groups with supportive exporters focused on the trade benefits, while other submitters concentrated on the loss of national sovereignty.

The Ministry of Foreign Affairs and Trade (MFAT) kicked off proceedings with the lead TPP negotiator, Vangelis Vitalis, telling MPs that the deal was a beacon for open markets at a time when many countries were erecting barriers.

MFAT's national interest analysis estimated the new TPP would result in $92 million in tariff savings as soon as the agreement came into force, rising to at least $222m a year once it was fully implemented.

The other four pro-TPP submitters, including Nick Kirton from kiwifruit exporter Zespri, all emphasised that it would allow them to compete on a level platform against foreign rivals in lucrative markets like Japan.

"New Zealand kiwifruit paid $27m worth of duties into Japan alone. The CPTPP will see these tariffs eliminated on entry into force which is fantastic news for our growers," Mr Kirton said.

"And this means we will be able to maintain our competitive position in Japan."

"Consumers will also look forward to some alleviation through the quota expansion to ensure that they don't need to continue the rationing of butter within their market, which as occurred in recent years.

TPP opponents were less focused on trade gains, which some think are relatively miniscule anyway, and more worried about its effect on civil society and the government's right to regulate in the national interest.

Rianna Maxwell from the Wellington Justice Project questioned government assurances that Māori interests would be protected by the Treaty of Waitangi.

"Although the CPTPP does contain an exception clause, which allows the Crown the ability to protect the interest of Māori guaranteed under the Treaty of Waitangi, international parties to the CPTPP also have the ability to challenge this in some circumstances, which could limit its effect in protecting their rights."

Oliver Hailes from the anti-TPP network It's Our Future said the trade pact was being rushed through parliament with indecent haste and with no proper analysis.

"MFAT's national interest analysis is incomplete and wrong in parts," he said.

"There ought to have been independent sectoral analyses of the kind that the parties now in Government called for when in opposition.

The select committee asked few questions, though National MP and former Trade Minister Todd McClay consistently made the point that the new TPP was little changed from the old one.

The government aims to ratify the agreement by early next year at the latest.