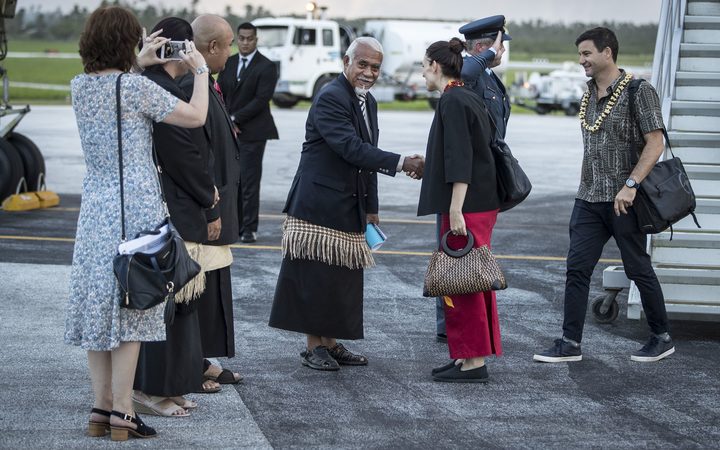 Prime Minister Jacinda Ardern made the announcement after meeting with Tongan Prime Minister 'Akilisi Pohiva in the capital Nuku'alofa this morning.

New Zealand has so far contributed $2 million of emergency relief to three Pacific countries hit by the cyclone - Samoa, Tonga and Fiji, $750,000 of which went to Tonga.

Ms Ardern arrived at the meeting in the Tongan capital Nuku'alofa with Foreign Minister Winston Peters.

He has taken time off due to ill health but appeared in fine form if a little impatient, consulting his notes and officials.

She then presented Mr Pōhiva with a piece of pounamu, noting that it can only be gifted.

The meeting took place in the Saint George Palace, named for a former king and built with $15.7 million of Chinese grant money. It was completed last year and houses the Prime Minister and several cabinet ministers.

The announcement has been made by Mr Peters, who said Ms Babington will lead the delivery of $US47m ($NZ64.6m) of investment over three years.

The investment is to be focused on the areas of energy, policing, justice and education.

Ms Babington has previously been posted to Vanuatu and Italy, and worked on global development, Pacific regional, Niue and Tokelau issues.