The Labour Party's Māori MPs are confident the government will not shut down the Māori-run charter schools they support. 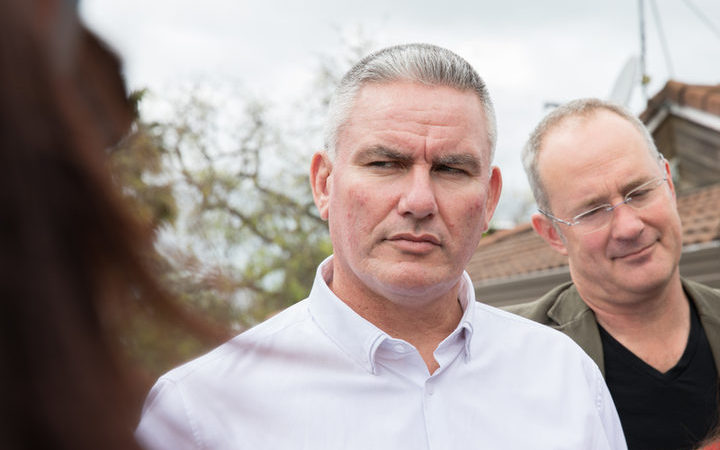 Kelvin Davis says he does not expect he will have to follow through on a promise made last year to resign if two Whangarei charter schools are closed. Photo: RNZ/Clare Eastham-Farrelly

The government wants to terminate the contracts of all 11 charter schools but has given them the option of applying to become designated character state schools.

At a press conference called today to clarify their position, the party's deputy leader, Kelvin Davis, said he did not expect he would have to follow through on a promise made last year to resign if two Whangarei charter schools run by He Puna Marama Trust were closed.

"I have total confidence that there'll be no need for any resignation," he said.

"I've been working closely with He Puna Marama Trust, the CEO and the senior manager there and we're very confident that together we'll make sure this transition happens very easily with very little fuss."

Mr Davis said charter schools would have to make only minor administrative changes in order to become state schools.

However, he said the rules governing applications to set up special or designated character schools should be "tweaked" to make the process easier.

"If schools want to be set up as special character schools, we shouldn't be making them wait two years like He Puna Marama Trust had to before they became a charter school, we should make that process quite easy for them."

Mr Davis said he was involved with the creation of the Whangarei charter schools and some of his relatives attended the schools.

The founder of another of the schools, Willie Jackson, said he was not a fan of the charter school model but it was the only option for the Manukau Urban Māori Authority to set up a school.

A new model would be appealing to some of the Māori charter schools, Mr Jackson said.

"All the Māori side of things and perspective can be accommodated under the new model."