The United Kingdom has singled out New Zealand and Australia as being first off the rank for free trade deals after it exits the European Union. 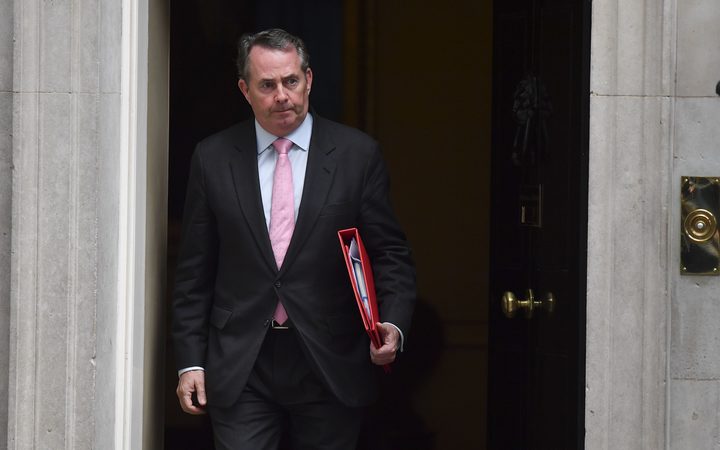 The UK has launched a formal inquiry into free trade deals with New Zealand and Australia, saying such deals would be "quick wins", as it seeks to develop trade relationships with non-EU countries.

The Commons Select Committee will carry out the inquiry and said while the UK can't legally negotiate new FTAs while it remained a member of the EU, the Government was "already undertaking some work preparing for new agreements".

It said the Secretary of State for International Trade, Liam Fox, had already identified Australia and New Zealand as "top priorities" for a trade deal.

"It is clear that he sees these two nations as quick wins as he sets about creating the UK's new trading relationship with the rest of the world."

New Zealand's Trade Minister David Parker, who has been meeting with UK politicians in recent weeks, said this country was an obvious, and low-risk, choice.

The Committee said deals with New Zealand and Australia could bring broader benefits to "help expand UK trade in the wider Asia-Pacific region" and whether it could be "the spring board" for deals with other nations in the future.

Mr Parker said the UK and New Zealand shared a "lot of similarities" legally and constitutionally.

"We share an English language ... in New Zealand we have a very good reputation for doing clear and well drafted free trade agreements that aren't tricky."

"So if they did make a mistake in one of the early agreements and it was with New Zealand, that's less risky for them."

In a submission to the inquiry, the New Zealand government said the UK was one of New Zealand's "oldest and closest friends".

Despite that, the submission said, "ironically, New Zealand is one of only six WTO [World Trade Organisation] members which do not benefit from a preferential trade arrangement either in force or under negotiation with the UK".

New Zealand said it had an "extensive network" of FTAs in the Asia Pacific which meant the UK companies were now "increasingly at a disadvantage in the New Zealand market vis-a-vis partners such as China, Korea and ASEAN countries".

"Given the complementarity of our two economies and our deep bilateral ties, this is an anomaly that should be addressed as a matter of urgency," the government said in its submission.

The Government intends to pass the new law in time for the signing of the renegotiated 11 country trade deal the TPP.

But the policy has caused some anomalies with countries such as Singapore, because the New Zealand's Closer Economic Relationship agreement it has with that country.

But he said there would be no exemptions for British citizens, or anyone from other countries, under future trade deals.

"If they're coming here as permanent residents they can buy a house, if not, no."