The UN Committee Against Torture is calling on the government to compensate a murderer who was unlawfully held in solitary confinement.

In 2000, inmate John Vogel was confined to a cell for drug offending; he asked for 21 days - six days longer than legally allowed - to help him deal with his addiction.

Vogel's lawyer Tony Ellis lodged a complaint with the United Nations Committee in 2015 after a series of legal setbacks in New Zealand. 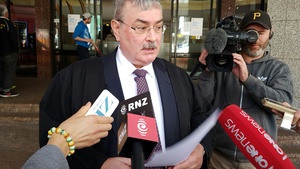 The committee ruled the punishment was disproportionate, particularly given Vogel was known to "be suffering from chronic depression and that he had a drug addiction".

It noted that Vogel was kept in his cell for 23 hours a day with just one hour set aside for exercising and showering.

"He had no access to radio or television ... he had no right to make telephone calls or receive visitors."

The Crown argued that the confinement was at Vogel's request and the conditions were humane.

The UN committee urged the government to provide "fair and adequate compensation, including the means for as full a rehabilitation as possible" and to report back within 90 days.

Dr Ellis said he believed it was the first victory any New Zealander had achieved before the committee.

He said Vogel was "very pleased" and hoped he might be permitted day-release as part of his rehabilitation.

The decision runs counter to the High Court and Court of Appeal which both found the punishment did not amount to torture or cruel treatment.

In 2004, the High Court accepted that Vogel should not have been confined for 21 days, but ruled it did not breach his rights as Vogel had requested the length of time and there was no evidence it had caused him pain or suffering.

In 2013, the Court of Appeal said Vogel's request was irrelevant and found he had not been treated with humanity or respect. However it declined to go any further or award compensation.

A year later, the Supreme Court tossed out an application for a further appeal, prompting Dr Ellis to go to the UN Committee Against Torture.

"This shows that the Supreme Court simply got it wrong - as did the courts below."

The government turned down a request for an interview, but in a statement said it would give "careful consideration" to the recommendations.

"In this case the prisoner requested and was sentenced to 21 days cell confinement by a Visiting Justice. Corrections' role is to carry out Visiting Justices' decisions. "

Vogel was sentenced in 1988 to life in prison for murdering Peter Hoey in Auckland.

He was released on parole after a decade, but was recalled to prison in January 2000 after further offending.