US broadcaster Matt Lauer is under scrutiny from the Overseas Investment Office (OIO) after being accused of sexual misconduct. 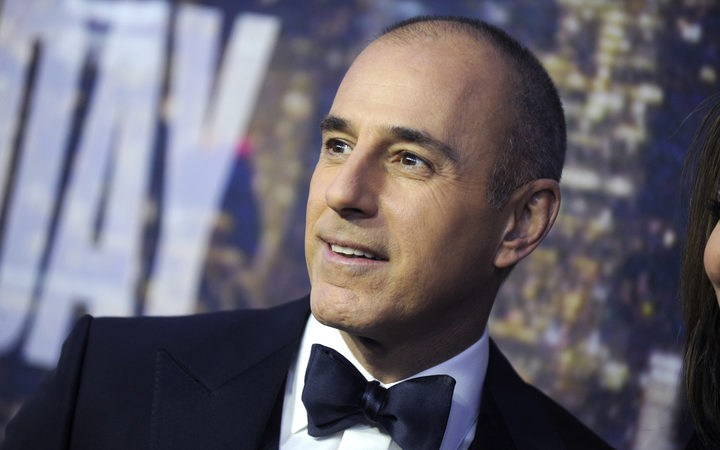 In February, Mr Lauer, who co-hosted NBC's The Today Show, was given consent to purchase the lease for the 6500ha Hunter Valley Station, bordering Lake Wanaka and Lake Hāwea.

He was fired from the network overnight after it received a detailed complaint from one of his colleagues which alleged inappropriate sexual behaviour in the workplace.

In a statement, NBC said it had "reason to believe this may not have been an isolated incident".

OIO deputy chief executive Lisa Barrett said the office was aware of the allegation and had been in touch with his representative to seek further information.

Foreigners need to pass a good character test in order for permission to be granted to purchase land in New Zealand.

Ms Barrett said a condition of the consent granted to Orange Lakes Ltd to purchase the lease for Hunter Valley Station was that the individuals with control of that company must continue to be of good character.

There was a range of actions the office could take if the rules had been broken, he said.

For example, the OIO could seek orders that require people to dispose of the property.

"We are discussing this with his representative and are seeking further information. We are unable to comment further," she said.

No charges have been laid against Mr Lauer.

NBC News chairman Andy Lack said it was the first complaint about its star presenter's behaviour in his time there of more than 20 years.

But he said the complaint represented a "clear violation of our company's standards".

Last year, Mr Lauer signed a new contract with the network worth a reported $US20m per year.

As well as fronting the morning show, he was chosen to moderate an election debate between Donald Trump and Hillary Clinton in 2016.

He has conducted high-profile interviews, such as the one in which Charlie Sheen confirmed he is living with HIV in 2015.