As the business of forming a new government moves up a gear today, a former prime minister says Winston Peters may be leaning towards a support arrangement rather than a coalition.

New Zealand First is holding preliminary talks in Wellington with National this morning, and Labour this afternoon. 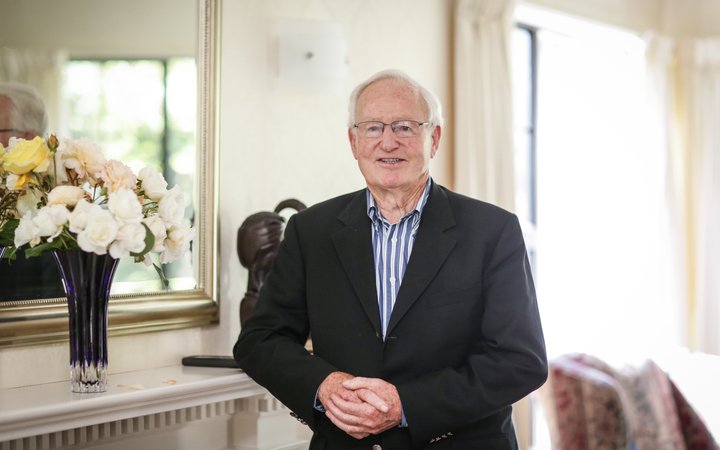 Negotiations will begin in earnest after the final election result, including special votes, is announced on Saturday. New Zealand First leader Winston Peters has said he will make his decision about who to form a government with just five days later - by 12 October.

"It's almost impossible to see a detailed coalition agreement hammered out in that time.

"That suggests very strongly that he and New Zealand First are leaning towards sitting on cross benches in ... confidence and supply or some other arrangement ... and not formally joining the government."

That arrangement would mean each policy would be negotiated when it came up, which Mr Bolger said might appeal to the the Labour leader Jacinda Ardern and National leader Bill English.

They may see it as "kicking difficult issues further down the road" and giving them a longer period to negotiate, he said. The arrangement would mean some uncertainty, but minority governments were not uncommon around the world.

Mr Bolger said Ms Ardern had had a senior Labour figure as a "minder" during the election campaign and would reportedly have senior figures advising her during the talks - something Winston Peters would weigh in the balance.

"Winston will want to weigh up whether that's the sort of person he wants. You can't have minders in Cabinet, for example."

It would be up to Mr Peters and his team to decide whether having senior advisers was a weakness, he said.

Mr Bolger, who negotiated a coalition deal with Mr Peters in 1996, said policy was important, but equally so was the ability of the leaders have confidence in each other, and get a sense of who they can work with for a long period.

All parties would go in with an ambition to reach an accord.

"Once you get into a room and you're seeking a common accord on policy, not to seek to exploit differences, what looks very difficult at one stage then becomes do-able with some amendments."

Mr Bolger said "dramatic" would emerge today. "This is very much preliminary discussions."