National Party MP Jian Yang has confirmed that he has taught 'spies' in China, but denied that he is a spy himself. 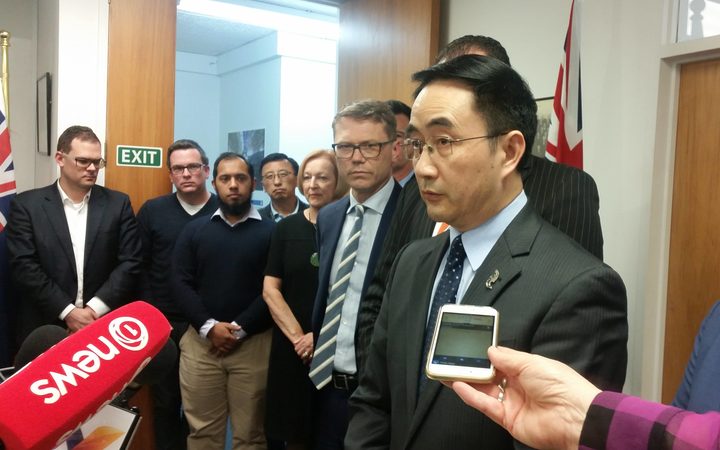 A story on the Newsroom website has raised questions about the two-term MP's involvement with Chinese military and intelligence.

It focused on the years Dr Yang spent at educational institutions run by the People's Liberation Army and the Chinese equivalent of America's National Security Agency.

Dr Yang, the National party's sole Chinese MP, said he was a member of the Communist Party while he was in China but hasn't been since he left the country.

He said he is not now, nor has ever been, a spy, and has never had intelligence training.

However, he confirmed he was a civilian officer, paid by the military, to be an English language lecturer.

"From the very beginning I declared to the [National] Party that I have this military background."

However, he admitted he had not included this information in his bio on the National Party website "because things can be more complicated if you don't understand the background".

He said he taught people who then used that language training to monitor communications after graduation.

"If you define those cadets or students as spies, then yes, I was teaching spies."

Dr Yang said he was not aware if he had been investigated by New Zealand's Security Intelligence Services, but he had not been questioned by them.

He said he could understand if New Zealanders were concerned about his background, because they did not know the Chinese system.

"But once they understand the system they should be assured that this is nothing really."

Dr Yang said he would be seeking advice about what action he could take over what he described as the defamatory accusation that he is a spy.

And he labelled it a racist smear campaign.

"I have been nothing but upfront and transparent about my education and employment.

"Although I was not born here I am proud to call myself a New Zealander, obey our laws and contribute to this country.

"I challenge those who are propagating these defamatory statements to front up and prove it."

"He became a candidate in the 2011 election. The National Party advise me he was quite upfront about his background there.

"Look, I haven't delved in to all the details of his CV, I assume a lot of people in China are members of the Communist Party - it wouldn't surprise me - and if he went to military establishment - I presume it was run by the [People's Liberation Army]."

Mr English refused to say whether New Zealand security services had raised any concerns about Dr Yang, saying it was an operational matter.

"What I can say is the law applies to everybody including MPs and the job of the intelligence agencies is to protect our national security."

And he defended his MP.

"I think we need to be careful here.