The National Party has promised an additional $120 million to help build a new stadium in Christchurch. 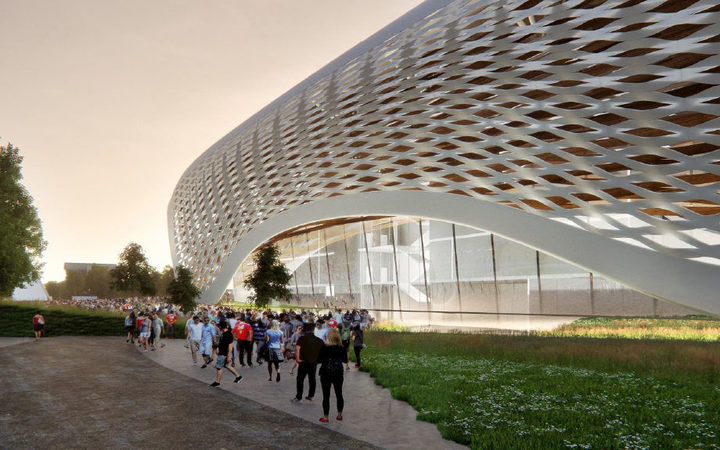 A government report on a multi-use stadium released yesterday outlined four options for a new design, ranging in cost from $368m to more than $500m.

The report favoured the $496m option, which would have 25,000 permanent seats - with room for 5000 temporary ones - a solid roof and retractable pitch.

The city council has committed $253m to building the new arena - but said other funding partners would need to be found.

Speaking at the earthquake-damaged Lancaster Park in Christchurch, Mr English said it was important for the people of Christchurch to have a sports facility of an international standard.

"The pre-feasibility studies show that the option of a roofed stadium, or roofed multi-use arena, would be the government's preference and no doubt the council's preference."

Greater Christchurch Regeneration Minister Nicky Wagner said the $120m was on top of the $59m the government had already committed towards land acquisition, demolition and business cases.

The Labour Party would not say whether it would contribute to the construction costs of a new stadium, if elected.

But Labour's Canterbury spokesperson, Megan Woods, said the party had some additional funding for Christchurch.

Its leader, Jacinda Ardern, would make an announcement when she visited the city on Sunday, Ms Woods said.