Long-serving Labour MP Annette King has used her valedictory speech to tell Parliament that she's ashamed women still do not have pay equity. 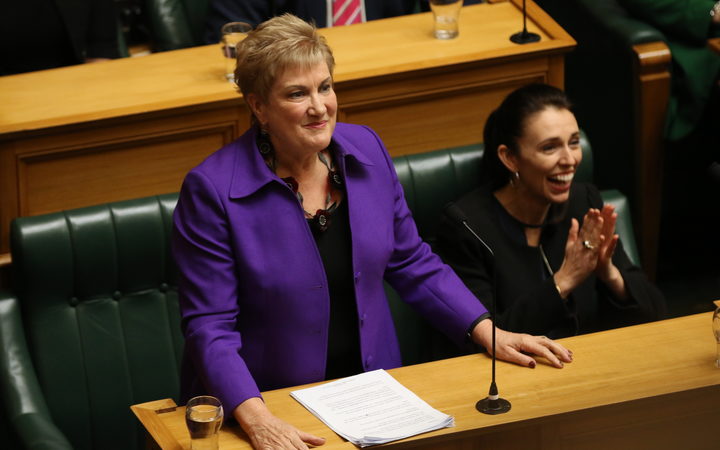 Ms King is retiring from Parliament at the September election, after a political career spanning more than 30 years.

During her farewell speech, the former minister told the House it had been a fun and challenging time.

She had plenty of anecdotes about previous iterations of the Labour Party, and wished Jacinda Ardern well.

"Jacinda, I'm so proud of you. I have a feeling that you're going to lead the party for years to come and you are going to be one of our most loved and effective leaders and prime ministers."

She said she left the seat with a sense of achievement, "Wellington's only had to wait 50 years for its new hospital," but also a sense of sadness "tempered by the fact Paul Eagle will become the next representative for Rongotai".

But she said she was disappointed that women were still not treated equally with men.

"I'm ashamed that we still don't have pay equity in New Zealand. Women have waited long enough. No more excuses, no more half-baked measures, no more litigation. It's time for us to once again lead on women's issues."

Ms King said women only made up 31 percent of MPs, and all political parties needed to commit to making Parliament truly a house of representatives.