Speaker of the House David Carter says the public don't have the right to know what was in a draft report that led to the resignation of the Auditor-General. 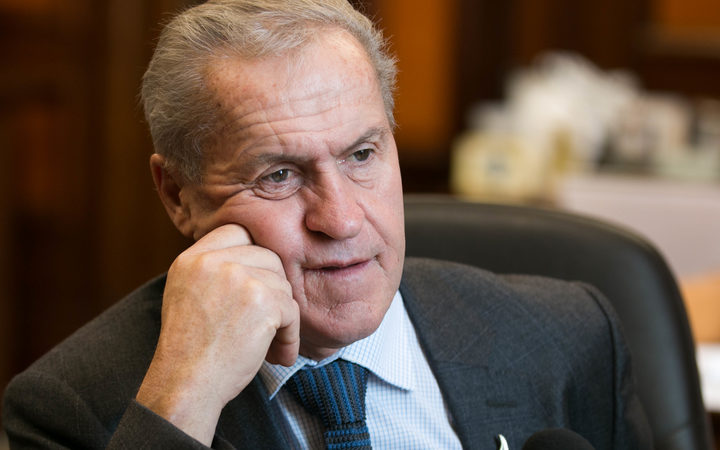 Martin Matthews resigned yesterday after what RNZ understands was a highly critical report into his handling of a major fraud while he was the Transport Ministry chief executive.

Former Transport Ministry employee Joanne Harrison was jailed for three and a half years after stealing more than $700,000 under Mr Matthews' watch.

RNZ News understands Mr Matthews was told that if he didn't resign, Parliament would hold a vote of no confidence in him.

The Officers of Parliament Committee is now refusing to release the $27,000 report.

Mr Carter, who leads the select committee, told Morning Report it was only a draft report, and there was a unanimous cross-party decision not to make it public.

He said he could not say whether a deal was done with Mr Matthews to keep the report secret, saying any such discussion would break Parliament's rules.

The report, by senior public servant Sir Maarten Wevers, was presented to the committee while still in its draft form, Mr Carter said.

"It then goes to Mr Martin Matthews for him to make comments. He made very substantial comments and was very critical of aspects of the draft report that was given to us."

The committee had to decide whether to finalise the report and Mr Matthews' response and present a "final report" as an attachment to its own report, he said.

"There would be a considerable amount of work to work through the rebuttal statements that we've received. It would take a long time to get an accurate report.

"The committee discussed that course of action, and unanimously said no, in view of the fact a resignation has been received, we see no further gain in continuing to meet to finalise the report."

Morning Report's Guyon Espiner asked if the committee had agreed with Mr Matthews that the report into his actions would not be made public as a condition of his resignation.

"I don't think there was, and certainly I'm not at liberty to discuss [it]," Mr Carter said.

He agreed he was equivocating on the situation, and said that was because it would break the rules for him to breach the confidentiality of the committee's discussions.

Since Mr Matthews' appointment, Mr Carter said, a large amount of information had started to surface in the media that was undermining the integrity of the Office of the Auditor-General.

"Martin Matthews then considers the situation, he considers the effect this is having on the integrity of the office itself, and he chooses to resign.

"The committee then says it's going to refuse to do any further work and meet [again on the matter]. We've only got two weeks [left] of this Parliament."

The only political parties not represented on the select committee were United Future and ACT, who had just one MP each.

But United Future's Peter Dunne and ACT's David Seymour had been kept updated on the committee's decisions, Mr Carter said.