Labour will spend an extra $17 billion over four years on health, education and family incomes in the Budget if it wins the coming election, it says. 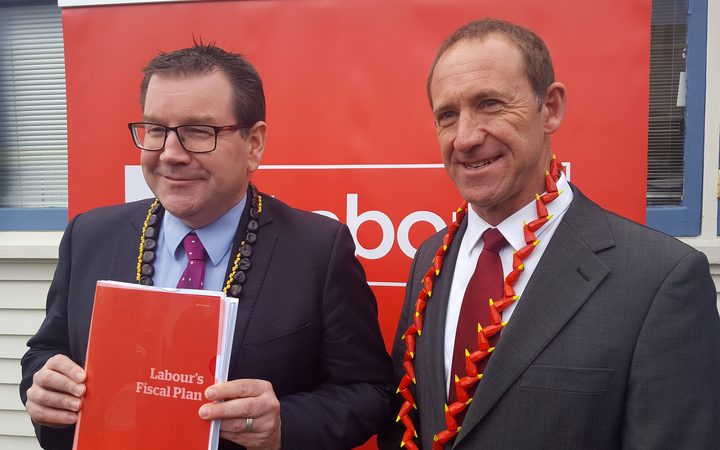 It said it could achieve that by scrapping National's planned tax cuts, higher tax revenue from multi-nationals and property speculators, and by paying down debt at slower rate.

Labour said its plan, released by the party leader Andrew Little today, was in line with its own Budget Responsibility Rules.

Over four years, the party would spend an extra $8bn on health, $4bn on education and spread $5bn between Working for Families, Best Start package and the Winter Energy Payment.

"We've put out our shingle...for other parties we're all in the same contest for the party vote, they put up their spending plans, but this is our plan, this is our clear signal to New Zealand voters this is how we can do what we're promising to do," said Mr Little.

Mr Little said it was a "credible plan" which had been vetted by economists BERL.

"We can continue to run surpluses and pay down debt because, unlike National, we do not believe a tax cut can be justified at this time", Mr Little said.

"It is simply not credible for the government to say that a thousand-dollar tax cut for Bill English and me should be a priority over ensuring New Zealanders have homes to live in, modern schools, and world-class healthcare when they need it."

Finance spokesperson Grant Robertson said Labour would release more details about exactly how that money would be spent between now and the election, but mental health, primary care and access to operations and medicine were a priority.

In order to boost spending, Labour would run lower surpluses than those forecast by National.

Labour and the Greens are partners in a Memorandum of Understanding, but Mr Robertson said they did not plan to release a joint Budget.

"The Greens and Labour have some different policies which therefore mean a document like this would look a little different but they remain committed to the [Budget Responsibility] rules."

There was about $800 million a year in the spending that had not yet been allocated.

Mr Robertson said some of that could be used to accommodate spending demands in post-election negotiations.

"Other parts of it are around reprioritisation."

However, he would not go into detail about the specifics of where Labour would be willing to negotiate.

National has made significant capital commitments for new prison beds and $20-billion over 15 years in a major upgrade for the Defence Force.

Mr Robertson was not prepared to fully commit Labour to the defence spending in particular.

"We will take another look at those priorities. What we see in the defence spend is really a wish list, a $20 billion wish list. For now it stays there but we obviously have priorities in a range of capital spending that we want to undertake over the next few years."

There is another unidentified revenue stream of $105 million a year in the plan, understood to be a tourist levy, the details of which will be announced in the coming weeks.

Labour still had to look at the Pre-Election Fiscal Update on 23 August, said Mr Robertson, and would make some revisions to its spending plan at that point.

He said Labour would cancel tax cuts for low and middle income earners and still have to borrow $7 billion more than the current government over the next four years.

"They seem to be spending more and getting less. They are actually proposing to spend less new money on health next year than the government has added this year.

"After all their complaints about health spending, that's surprising."

Mr Joyce said the money allocated for some policies did not match the rhetoric.