Embattled National MP Todd Barclay is being told he must return to Wellington when Parliament resumes if he wants to keep getting paid. 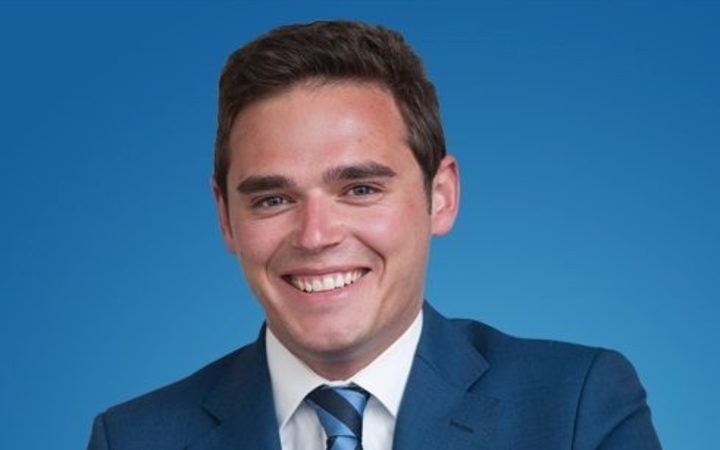 Last month Todd Barclay announced he would not seek re-election in September over allegations he secretly recorded staff in his electorate office.

Police have reopened their investigation into the case. Prime Minister Bill English told them Mr Barclay left a dictaphone running in his office.

However, Mr Barclay stopped short of outright resigning from his role, and National Party senior whip Jami-Lee Ross said no decision had been made about whether he would return to Parliament before the election.

Mr Barclay has not been seen in Parliament and has scrapped public appearances since he announced last month that he will stand down at the election after one term as MP for Clutha Southland.

Mr Barclay - the deputy chair of the Education and Science and Primary Production select committees - has not returned RNZ's calls or messages this week.

There are four sitting weeks before the House rises for the election, and Mr Barclay is still collecting his $165,000 a year MPs salary.

National Party senior whip Jami-Lee Ross, who visited Mr Barclay this week, said no decision has been made yet about whether he'll return.

"Todd Barclay has said he is keen to be the MP for Clutha-Southland until the election and he's doing that work.

"Any leave requirements he'll be discussing with me as the party whip between now and the next sitting week of Parliament."

New Zealand First leader Winston Peters said he felt sorry for Mr Barclay because he believed he was badly let down by his senior colleagues.

"But that said, you know there's not one law for the National Party and a different law for everybody else - if you're picking up taxpayers' largesse for a job you have to do that job unless you've got a darn good reason like family illness, or bereavement...to be there."

Taxpayers Union executive director Jordan Williams said Mr Barclay chose not to resign and if he wanted to continue to collect his salary then he must turn up to work.

"MPs are paid to be in Parliament when Parliament is sitting, and I think given the circumstances most New Zealanders would appreciate he probably did need some time to reflect or lick his wounds," Mr Williams said.

"But its now been a few weeks and there's no reason why, if Mr Barclay says he wants to continue to be an MP until the election and be paid until December, the very minimum he should be doing is turning up to Parliament when it's called."

Mr Ross said it was his call as senior whip about which National politicians had leave.

"And I'll continue to ensure that any leave requirements for MPs comply with the standing orders."

Mr Peters said that was a bad attitude to take.

"The problem is here is you've got people like Jami-Lee Ross and others who at the whip level are saying 'oh the 25 percent non-attendance rule - that we don't require him because of that'.

"Jami-Lee Ross, like the rest of his older colleagues, are saying to all of us there's one rule for us, we're born to rule, we're the privileged group...and the rest of you can get stuffed."

Mr Williams said MPs were given leave to represent New Zealand abroad or on official business.

"Leave isn't there for an MP to effectively take gardening leave or hide from the media, that's not the purpose of that, he needs to do his job.

"It's turning into a bit of a joke, at what stage to taxpayer representatives need to send out a search party?"

None of the Labour MPs contacted by RNZ would be interviewed - they said it was the National Party's mess and its job to clean it up.

The House is in recess next week but parliament will resume the week after that.