Prime Minister Bill English has hinted that further tax cuts from National may be on the cards. 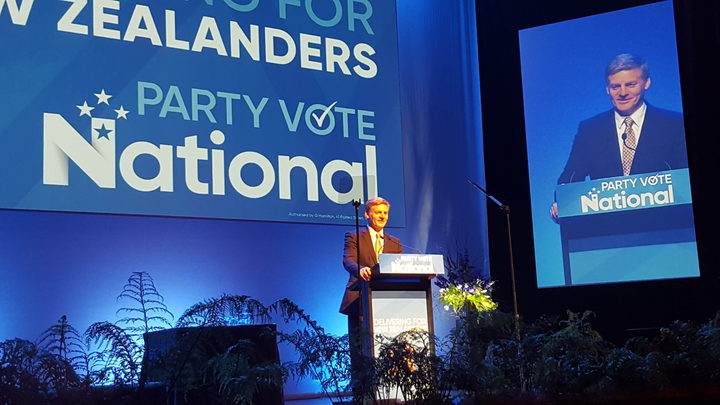 Mr English has given his leader's address at the National Party's election-year conference in Wellington.

He said National wanted to do more to put money in people's pockets and reduce the pressure on those families most in need.

However, the party would not be campaigning on those cuts in September's election, he said.

"We haven't considered exactly how a future effort would look ... we wouldn't want to get ahead of ourselves."

"Implement the first one, which is 1 April next year. To do that, we have to get elected."

"We're really wanting people to see the possibilities out ahead of us, so you're not going to see a whole lot of specifics about a second incomes package."

National has previously signalled it could lower taxes after delivering the Budget in May.

In the Budget, the government committed to a $2 billion families package that included raising the bottom two tax thresholds.

"We believe that taxpayers make better use of their own money than politicians.

"The Budget's families income package was an excellent step forward - wouldn't it be great if we could do it again?"

"If we are able to keep lifting growth and carefully manage the public finances, we will be able to further reduce taxes and lift incomes."

He said National would keep investing in core services like health and education, with an increasing focus on tailoring services to individual needs and claimed the Greens and New Zealand First would shut down growth.

ACT leader David Seymour said the tax-cutting rhetoric from the Prime Minister was encouraging, but that the only time National had cut rates this century was in 2010 when ACT held the balance of power.

He said National's record on tax had been dismal since then.

"The adjustments taking effect next year won't change the fact that someone earning over $70,000 pays a massive 33 per cent tax rate."

"They're ordinary Kiwis saving for homes and paying off mortgages, and they deserve a tax cut."

Meanwhile, the National Party has released its first campaign advertising for the September election.

The video features a song with the slogan "Let's get together now".