Prime Minister Bill English has thrown down a challenge to Labour to support what the Government hopes will be the new 11-nation version of the Trans-Pacific Partnership (TPP). 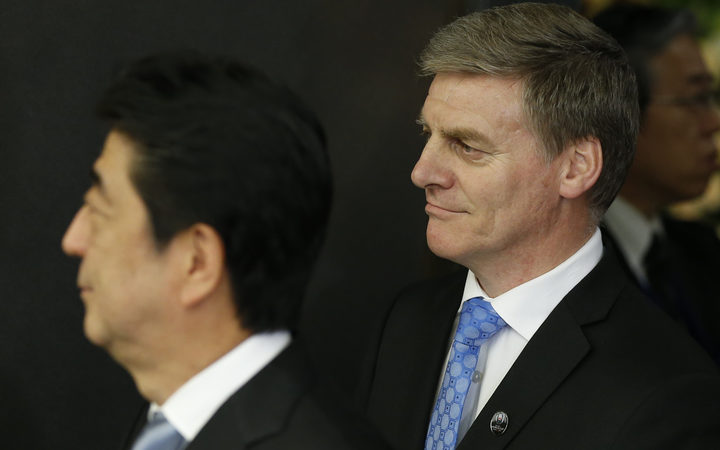 Mr English and Trade Minister Todd McClay have come away from talks with the Japanese leadership this week with a firm commitment to the trade pact - originally signed by 12 nations but with an uncertain future when the US withdrew in January.

Mr English said there was still a lot of work to do to make sure the agreement came into force next year - primarily around whether the text remained the same if other countries tried to renegotiate parts of it.

"We're focusing on pushing ahead for implementation as it is," he said. Opposition parties had to to make up their minds whether they were in favour of the jobs and the incomes that come with trade.

"The Labour Party is having trouble with that."

"We don't accept the erosions of our democratic institutions' rights to make decisions in the best interests of New Zealanders - but we are all for reducing trade barriers and quality free trade agreements."

Despite the criticism of the TPP, Andrew Little said he preferred multi-lateral over bilateral agreements.

"But the focus has to be on reducing the trade barriers and promoting and enhancing trade, not going behind the border and interfering with government processes."

Trade Minister Todd McClay heads to Vietnam this weekend to chair the next round of talks on the TPP.

"What I would hope we can get from the meeting in Vietnam is a clear signal of the process between now and when our leaders might meet, which is probably towards the end of the year," he said.

"It's easy for people to say America has pulled out and that's it, or you should just replace it with something else, but actually these agreements are very carefully balanced."