A dedicated nurse to help students struggling with depression or contemplating suicide would be in every secondary school around the country under a Labour government. 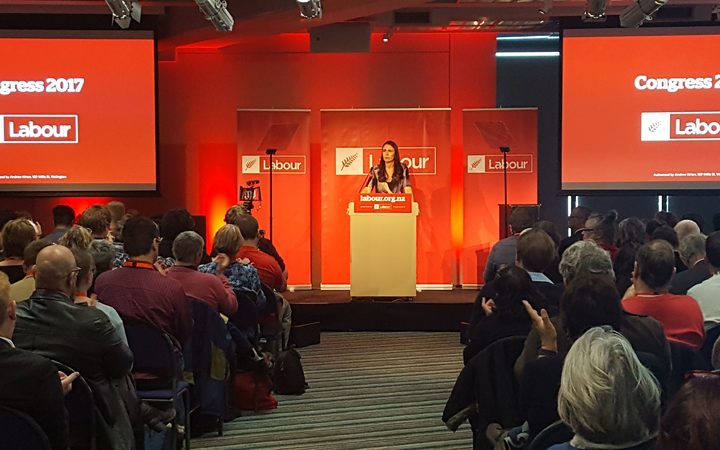 That was the pledge made to party members by MP Jacinda Ardern in her first major speech as deputy leader.

In an emotionally charged address to the party's election year congress, Ms Ardern recounted the death of the brother of one her close friends when she was living in Murapara as a 13-year-old.

"I had just started high school and was waiting for class to start when I heard the news. I can remember exactly where I was standing, just outside the science block.

"I went straight to my friend's home and spent the next few days with her as her and her family went through the unimaginable grief of losing their only boy, grief that was felt by everyone that knew him, and was captured in the handwritten notes and messages from his classmates that hung around the walls at his funeral.

"Every single thing about it seemed unfair, and still does to this day."

Ms Ardern said the rates of youth suicide in New Zealand had never been worse.

"Behind every single entry in the suicide statistics lies not only a life lost, but a community shattered."

Evidence showed the risk of suicide and depression were two-thirds lower in schools with comprehensive health services with a nurse on-site, working with a counsellor, a GP, and/or a youth worker, she said.

The policy was costed at $40 million a year, based on 240 hours of nurse time each year, with support from a GP.

She said only 10 percent of secondary schools currently had this kind of health service, and the costing was based on what those services were already providing, spread across the country.

The nurses would provide a range of services, including sexual health and family planning. 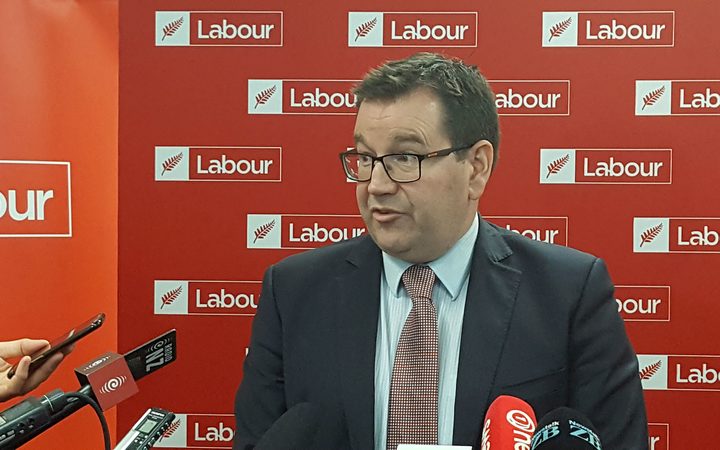 'This is a debate about policy, not about immigrants'

Earlier at the congress, senior Labour MP Grant Robertson attempted to reset the tone of the debate around immigration and housing, saying anyone who makes it about individual immigrants or race should be called out.

Mr Robertson, Labour's finance spokesperson, made the comments in his speech to the congress, as Labour continues to strongly criticise the government over its record on housing affordability.

"And anyone who makes it about immigrants, or indeed about their race must be called out for what they are doing as being wrong and against the values of Labour and of New Zealanders."

Speaking to reporters afterwards, Mr Robertson was asked about Labour's stunt in 2015, when MP Phil Twyford produced a list of 'Chinese-sounding' names to show the level of foreign investment in the residential housing market, causing a storm of controversy, including accusations of racial profiling.

Mr Robertson said the party had accepted that approach was flawed.

"Phil's been very clear that he learned from that, that that didn't come out the way it was intended - what I stated today were what I believe are Labour values."

Mr Robertson also denied his comments about the immigration debate were aimed at Winston Peters and the New Zealand First party.

"It genuinely is not about any individual person, I wanted to make a statement today about Labour's values on immigration."

He acknowledged Labour may need to work with NZ First after the election to form a government.

"There's an awful lot of issues we have in common with New Zealand First, in terms of wanting to see the economy grow around the regions and we can work with any party that wants to support those kinds of changes."

Labour leader Andrew Little is still not putting a firm number on cuts to immigration, but he said there would be "noticeable" reductions to student visas.

He had already said a Labour government would cut immigration numbers by "tens of thousands", and that would include some in the work visa category.

Speaking at the congress, Mr Little said he recognised international students were a significant earner for New Zealand, and that many public and private tertiary education institutions were doing well out of that income.

"But we have to ask ourselves, when we look at the number of students coming in, is the quality of the course they are doing is something we as a country ought to be associated with, given the conditions of those visas enable those students to work as well."

Labour would give "reasonably" specific numbers of which categories it would cut when it released its immigration policy, said Mr Little. 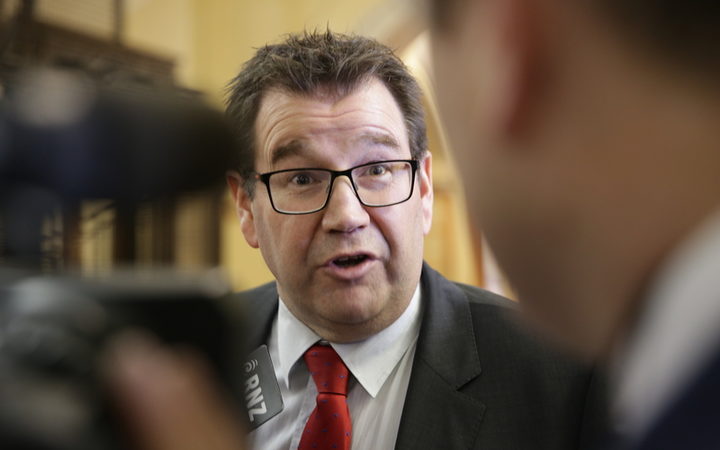 'For them it is always money over people

During his speech, Mr Roberston also said the government is using its social investment approach to disguise the fact it puts money before people

Social investment is a policy approach championed by Prime Minister Bill English, that uses data to target funding where the government believes it is needed the most.

"For [National] it is always money before people," he said.

"National's social investment isn't about investing in people - it is about reducing what the government sees as liabilities on their balance sheet."

Nobody was arguing against early intervention or using data to inform policy, Mr Robertson said.

"[But] this is just National finding another form of words to reduce real people to numbers."

Earlier at the conference, campaign manager Andrew Kirton told party members Labour believed it can persuade up to 240,000 National supporters to change their votes at this year's election, along with another 200,000 people who may not have enrolled or voted at the last election.

Labour would be doing targeted campaigning using robo-polling, as well as data collected from emails and website visits, he said.

Online fundraising for the party's campaign has surpassed $1 million - up 300 percent on what Labour raised for the 2014 campaign, though still well short of the money rolling in to the National Party.

As well as digital fundraising, the party's President's Club had raised $70,000 in the few weeks since it started, and regular donations from party members were still rolling in, Mr Kirton said.

Mr Kirton also talked about what Labour's survey research was showing: that people did not see New Zealand "going to hell in a hand-basket" but were concerned about issues "just under the surface", including homelessness, poverty and water quality.

The view expressed by those surveyed about Mr English was, "He ain't no John Key," Mr Kirton said.