A song by American rapper Eminem has been played in the High Court in Wellington - in what was possibly one of the few times the expletive beginning with "mother" has been heard there outside of criminal cases. 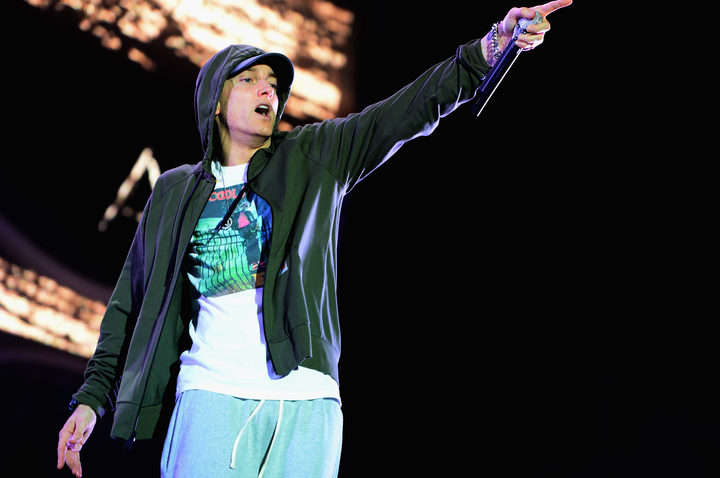 The rapper's music publisher, Eight Mile Style, is suing the National Party and others for breaching copyright by using music similar to 'Lose Yourself' in its advertising during the 2014 election campaign.

Eight Mile's lawyer, Garry Williams, said there could be three different copyrights in a song: one covering lyrics as a literary work, a second protecting it as a musical work and the third protecting the song's recorded version.

He said it was the musical composition that was the focus of the alleged copyright breach.

Mr Williams said 'Lose Yourself' was without a doubt the crown jewel in Eminem's catalogue, and it was extremely valuable.

"It topped the charts worldwide including in New Zealand and received critical acclaim.

"[The lyrics] invite the listener to lose [them]self in the music and take opportunities, which is why it is valuable to audiences and to those who would use it for advertising."

Mr Williams said the licensing of the song was carefully controlled by Eight Mile and only given for advertising on very rare occasions.

"It can command fees of millions of dollars, that's how valuable it is. Its commercial exploitation is tightly managed to protect the integrity of the work and ensure it remains a highly valuable property.

"When it is licensed [Eight Mile has] incorporated a right of refusal if they don't like the ad once it's created."

Mr Williams told the court that, because of the tight control, it was generally known 'Lose Yourself' was not available to be licensed for use in advertising.

It was alleged the National Party infringed copyright by, without licence, communicating the actual Eminem song or a substantial reproduction of it to the public, he said.

That reproduction was accessed by the party through an agency and at one stage had the name 'Eminem Abbr', which was later changed to 'Eminem-esque'.

He said the National Party held focus groups, which saw the ads with both the 'Eminem-esque' music and a piece of classical music and preferred the former.

Mr Williams said in May 2014 a National Party employee mentioned the track on the ads sounded like Eminem and concern was raised about that.

He said it was not the first time the National Party had come unstuck over copyright, pointing to a recall of National Party DVDs in 2008 after EMI advised the music on them was similar to Cold Play's song 'Clocks'.

Mr Williams said the National Party was claiming the defence of innocent infringement, but they could not use that because it was utterly clear they knew the work in question was copyright.

"[They took] a calculated risk because they'd been told if an issue arose they wouldn't be legally liable, but that wasn't correct."

He said, when the song was analysed, any originality lay in the melody - and that was not taken by his client.

He said the name 'Eminem-esque' on the music used by the National Party was given to it to help with music library searches.

The case is expected to run into next week.