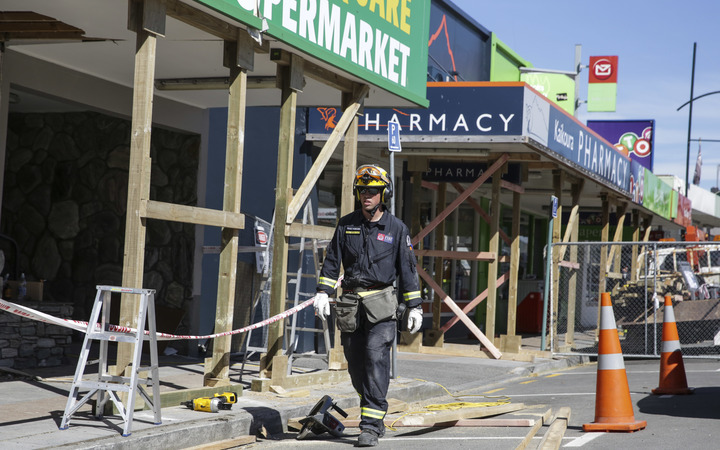 Mr Bridges said $17 million had already been spent helping businesses in the Kaikōura, Hurunui and Marlborough districts since the devastating 7.8 magnitude earthquake in November, through a business support package.

He said it was now time for the next stage - with the support package due to expire on Sunday, the new grant programme was expected to launch on Monday.

The minister said the closure of State Highway 1 north of Kaikōura was still affecting businesses and those who could meet a range of criteria, including proving the earthquake had caused a loss of income, would be eligible for the grant.

"I think it is right we're not just doing a blanket subsidy from 1 May, but we are moving to a more targeted support package for the area," he said.

Ms Lyons said her shop has been losing money since the quake, with her wholesale business and the earlier government support package keeping her afloat.

But she was worried she might not be eligible for the grant programme.

"I'm not sure I will be eligible because part of my [wholesale] business is making money," she said.

Ms Lyons said, without the grant, she might have to close her souvenir shop.

"We may have to close our doors and staff may lose their jobs," she said.

One business that believed it could benefit from the programme was the Fossil Point Cafe on SH1 in Greta Valley near Cheviot.

Its co-owner, Kerry Henderson, said the on and off closure of the road south of Kaikōura, due to the rain bringing fresh slips down onto the road, was affecting the cafe.

He said today the cafe, which usually has five staff working, had only made $300 - and the grant would help pay wages.

"It's been horrendously quiet," he said.

Mr Bridges said the programme was intended to support businesses until SH1 reopened, which he was confident would happen by the end of this year.