The Labour Party is promising to add full employment to the Reserve Bank's mission, alongside low inflation. 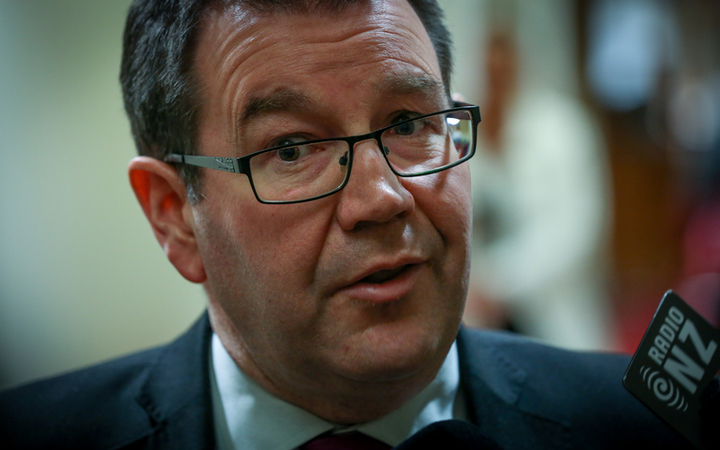 Its finance spokesperson, Grant Robertson, also vowed to move away from a single decision-maker to set the official cash rate (OCR) and toward a committee as part of a revamp of monetary policy.

"The monetary policy that was set in 1989 and followed around the world as being very good at controlling inflation," Mr Robertson said.

"But now we need to look at monetary policy that contributes towards the overall health of the economy whilst still continuing to manage inflation."

Mr Robertson said unemployment of over 5 percent was too high, but he would not tie the Reserve Bank to a specific target on full employment.

"Full employment from my perspective is everybody who can work being able to work.

"Nobody is saying the Reserve Bank can control levels of employment but they should have as one of their core considerations in making decisions how it will affect future employment and we think this is the right path forward for New Zealand," Mr Robertson said.

While a dual mandate of full employment and low inflation is used in Australia and the United States, some economists are doubtful about its usefulness.

"What is full employment, exactly? If it bears any resemblance to the Reserve Bank's Labour Utilisation Composite Index then the Official Cash Rate (OCR) should be rising," BNZ senior economist Craig Ebert said.

"And as [Finance Minister] Steven Joyce mentioned, New Zealand has one of the very highest employment rates in the world at present."

The main change being floated mirrored Labour's call to move toward a decision-making committee on monetary decisions.

Mr Joyce said that would formalise the current practice used by current governor Graeme Wheeler, who has an advisory committee of senior staff.

Labour would go further, establishing a committee made up of four central bank officials, three external members and a non-voting Treasury official.

The external members would be chosen in consultation with the finance minister, and the minutes of the committee will be published.

"It's a balance between making sure we've got good expertise and perspectives from the outside but that the Bank still gets to make the final decision," Mr Robertson said.

"We'll be able to see where the different perspectives are coming from, and whether or not the Bank is acting as a block effectively against the outside appointees. That will have a considerable influence on the behaviour."

He said that would provide a more robust decision-making process and more certainty for financial markets.

Infometrics chief forecaster Gareth Kiernan said what was being suggested could be considered best practice among western central banks around the world.

"In terms of having a committee of people making decisions around interest rates that is probably a safer way to go over the longer term."

"You do risk with a committee [them] struggling to get things done, but as long as you have the right people there with the right expertise I think that is a positive," Mr Kiernan said.