A $20 billion Defence Force upgrade already underway could not be guaranteed under a Labour-led government. 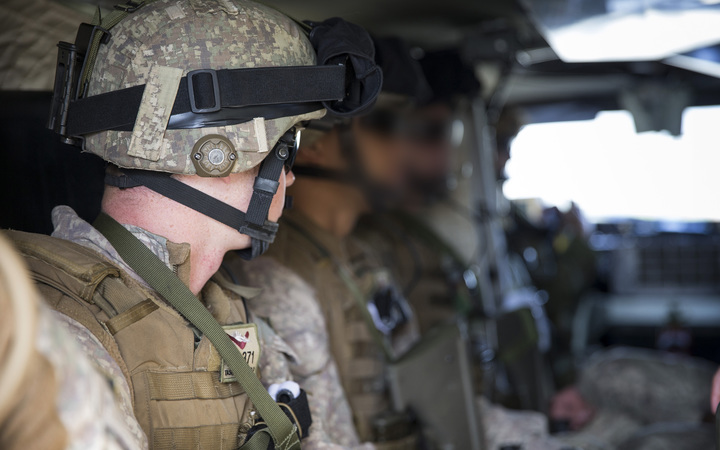 Labour leader Andrew Little has refused to commit to following through on the 15-year modernisation plan if he became prime minister, saying spending on housing and education would always take priority.

Last year the government unveiled the multi-billion dollar plan to equip the Defence Force with new aircraft, combat vessels and weaponry, as well as a major upgrade to its land and property.

It would cost $20bn over the next 15 years, and the procurement process for the some of the new equipment is already under way.

Mr Little said the government had not specified where all the money would be spent.

"That's an area we'd have to look at and see what the commitment is about that $20bn.

"But I have to tell you when it comes down to a choice between doing stuff that's going to give people a chance to either get a roof over their head, get the kids set up for opportunities for the future, then that's got to come first," Mr Little said.

Defence Minister Gerry Brownlee said the plan was a modest way of making sure the defence force remained fit for purpose, and was able to respond to international threats and disasters back home.

"We don't live in a benign environment," Mr Brownlee said.

"This government has moved to put our defence forces in the best position they've been in for decades. What Mr Little is doing here I think is not expressing his own views but simply continuing a dialogue that lets him hold hands with the Green Party."

Jeopardising the modernisation plan would be a huge step backwards, Mr Brownlee said.

"It will be very disappointing if that were the price for a Labour-Green government. It would mean that we don't have the same capacity to work with countries that are like-minded."

Mr Little was unapologetic for what his priorities would be.

"We want to support our armed forces but there's no point in saying we'll have state-of-the-art equipment if the people that are rocking up to be recruited into the armed services don't have a good education [and] good foundation that enables them to do that."

New Zealand First leader Winston Peters said the plan would blow out the books, whoever was in government.

"They are actually preposterous in their size ... if any of [the proposed figures are] true there goes your surplus for a start."

The Government has already agreed to buy an ice-strengthened naval tanker and vehicles for the SAS.

It has also approved upgrades to the underwater surveillance capability of the P-3 Orion and has requested tenders for a navy vessel used for deep diving and mine counter-measure activities.