Andrew McKenzie told MPs yesterday the agency had never been informed it was incorrectly using meth lab clean-up guidelines to evict tenants for smoking the drug, and blamed the media for getting it wrong. 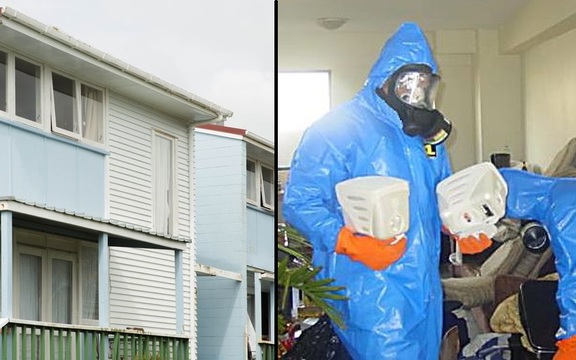 For five years the housing agency had misused guidelines designed for cleaning up meth labs to evict tenants it accused of smoking methamphetamine.

Meth lab remediation guidelines were developed by the Ministry of Health in 2010.

At the social services select committee at Parliament yesterday, Green Party co-leader Metiria Turei asked Mr McKenzie why the agency continued its campaign of evictions, given that advice.

"You were told by the Ministry of Health that you were not using that meth lab guideline appropriately in the eviction of families and yet you continued to use it, that is correct isn't it?"

Mr McKenzie replied that it was not correct. Mrs Turei persisted.

"That's what the Ministry of Health have said, that they told you not to proceed in the way you were."

Mr McKenzie said that was what was reported.

"But if you are actually working with the Ministry of Health, certainly they do not say that they told us that we were using that wrongly.

"They acknowledged that was the only guideline they could give us, so that was what we used, so that is that part.

"That is what was reported, but that is inaccurate."

During the committee proceedings New Zealand First MP Darroch Ball asked if Housing New Zealand had an obligation to test its homes for meth before tenants moved in.

"In the Tenancies Agreement Act, it's your responsibility to ensure it's a safe environment and by knowing there is an issue within state houses - potentially there is contamination - potentially you are breaking that [law]."

"No, no I don't think that's correct, we're certainly not breaching the Act.

"We take all reasonable steps to ascertain whether a property is safe."

That report again told Housing New Zealand the guidelines were designed only for cleaning up meth labs and warned its eviction campaign was not based on a solid foundation of research or science.

"Housing New Zealand spent $50,000 on a report from Deloittes. As I understand it that report told you that the standard you were using was not sound, and yet you continued to use the standard - is that right?"

Mr McKenzie was unable to answer the question, so Mrs Turei tried again.

"Did you spend $50,000 on a report from Deloittes about your use of standards for methamphetamine contamination? I mean you must know that."

Mr McKenzie replied that he would have to get back to the committee on that.

New draft meth contamination guidelines were announced late last year. They include guidelines for contamination resulting from the smoking of meth - far higher than the level at which Housing New Zealand has been evicting tenants for the last five years.