Bill English has held his first post-Cabinet news conference as Prime Minister, and it was all about the Trans-Pacific Partnership (TPP) trade deal. 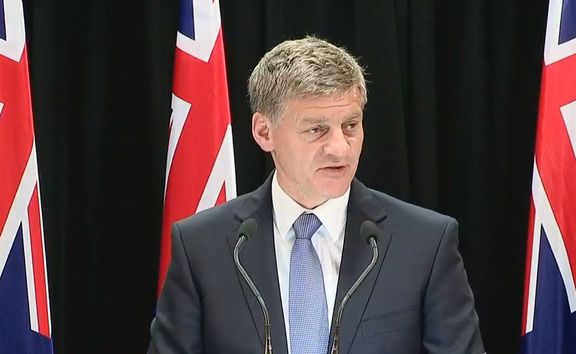 Mr English told reporters while New Zealand knew US President Donald Trump intended to withdraw from what was a 12-nation trade deal, it was still disappointing after "all the hard work that has gone into negotiating the TPP agreement".

Now he is turning his attention to ways to possibly revive the deal with the remaining 11 members, or pursue a bilateral deal between the US and New Zealand.

"A number of other TPP countries have expressed strong commitment to the agreement.

"I expect TPP ministers to meet other the next few months to consider the possible next steps and I've asked Trade Minister Todd McClay to prioritise this."

Mr English said there had been indications from leaders in Australia, Japan and Singapore that were "a bit more positive than we might have thought".

"At the moment there's an overriding high-level will to find some way of advancing free trade."

He also noted the comments from Mr Trump today about negotiating directly with individual countries and had asked Mr McClay to travel to the US to meet with the new US trade representative once that person was confirmed in that position.

"New Zealand has always been interested in close trade ties with the US, whether this is through agreements such as the TPP or through bilateral deals."

But he was not overly confident about striking such a deal.

"If you asked me today I'd think there's a pretty low chance of that happening in a form that we'd find satisfactory - but we wouldn't want to rule it out."

And Mr English acknowledged New Zealand might be low on the priority list for the US for a one-on-one deal.

"We've always wanted some sort of bilateral deal, the administration has only made a few initial statements about it, but they, I think, made it clear, one, that it's an idea they've got to do it with 11 other countries, one of the smaller ones I suppose we'd be down the list but easier to deal with than some of them from the US point of view.

"On the other hand they've made it clear, consistent really with their political rhetoric, that they'd expect America to come out of any deal ahead of the other partner."

Mr English also said a deal under which the US could give the other country 30 days' notice to withdraw from the deal if it was unhappy with the way the agreement was going would "not be that attractive" to New Zealand.

He said there was a view the US might one day want to be part of the TPP or a "TPP-type" agreement.

"Therefore continuing it on in its current form with the already negotiated US positions in it would make that more likely in the future - but look that's just one school of thought at the moment, there's a lot of water to go under the bridge to sort out the best path ahead."

On other matters, Mr English said he would announce the election date in the next few weeks.