Braving the cold and windy weather at Rātana Pā, Mr English thanked the church for welcoming him and his government delegation a day earlier than usual, as tomorrow's events clashed with the first cabinet meeting of the year.

In response to a question about not attending Waitangi, Mr English said "what you've seen here today is the best of tikanga its hospitality, respect and warmth and it's good for New Zealand".

It is Mr English's first time as prime minister at Rātana, where he has today been welcomed on to the marae along with a small group of government ministers, including Education Minister Hekia Parata and Environment Minister Nick Smith.

Mr English delivered a solid opening whaikōrero, which drew smiles and nods from the kaumātua seated on the Rātana paepae.

"It's you who know your whānau, it's you who know who they can trust, government doesn't know that - can't know it, shouldn't pretend that it does, and that's rangatiratanga, and we believe in that.

"So we need to be better, and will be, at working with you."

Mr English also thanked his predecessor, John Key, for his help in building a cordial relationship with the Rātana church.

Former Labour MP Mita Ririnui greeted the official delegation addressing the PM as Wiremu, a translation of Bill, and thanked them for coming before he threw a line in about Waitangi and said the decision not to attend was one for the prime minister. 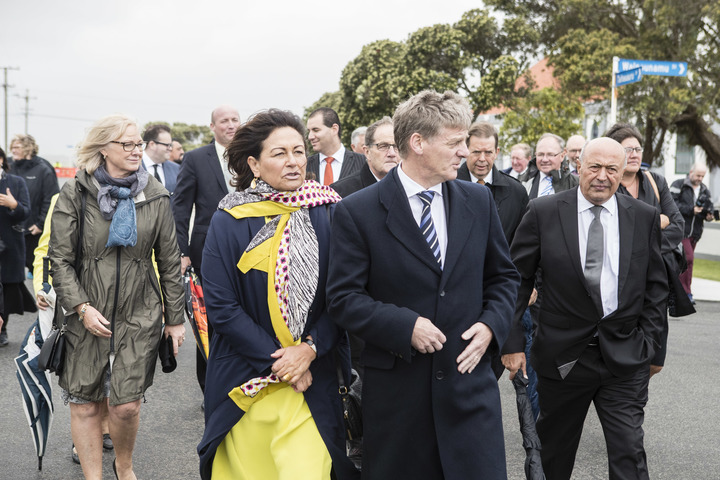 Mr English has ruled out attending the Te Tii Marae pōwhiri at Waitangi this year because of internal issues.

When asked about the Waitangi protests Mr English returned to the Rātana experience and said "the best of tikanga is good for New Zealand to see it and it's such a positive, warm and hospitable way of doing business".

Ngāpuhi kaumātua Kingi Taurua has responded to the Prime Minister's comments saying if he prefers a tikanga of peace and quiet, Rātana is the place for him.

Mr Taurua is a kaumātua of Te Tii Marae which has hosted the political pōwhiri for decades.

"Each tribe, each marae, has their own method of tikanga. If Rātana has a tikanga that is suitable for the government then well and good but at Waitangi we have a tikanga of challenging government policies in regards to the Treaty of Waitangi," said Mr Taurua. 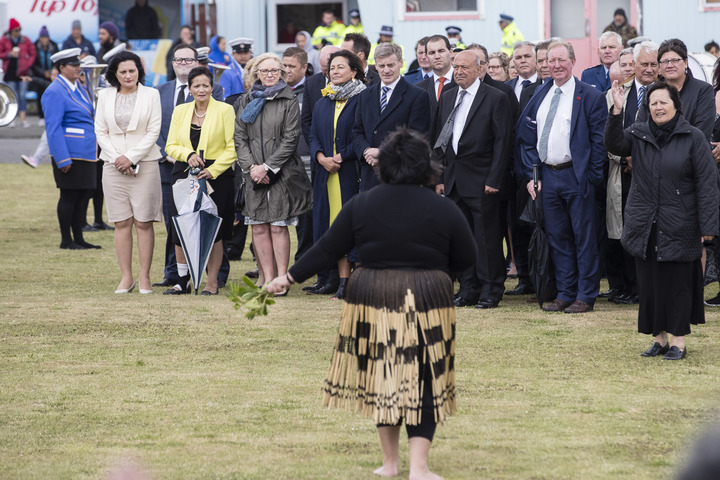 Protests are not new at Waitangi and Mr Taurua said "if we think the Treaty has been undermined we challenge it".

Mr English didn't agree that Waitangi was the symbolic place to be on Waitangi Day saying "it [the Treaty] was signed in a number of places."

With just two weeks till Waitangi Day, it's unlikely the people of Te Tii Marae will hear the Prime Minister's whaikōrero abilities where he would surely have won more accolades and attention.

Mr English said he would like to keep picking up more te reo Māori and he thought it was respectful to speak the language in formal situations.

A group from the Kīngitanga, along with the paramount chief of Tūwharetoa, are also being welcomed on to the marae today.

The Rātana Movement has long had a history with politics reaching all the way back to 1935 where the church began a formal political arrangement with the Labour Party when two Rātana MPs agreed to vote alongside the party.