Opinion - Asked once by Czechoslovakian television what he thought of Communism after the dramatic democratic changes that had occurred in much of Eastern Europe, the composer Frank Zappa replied, with acid brevity, "the same".

Asked what one makes of Bill English now that he has become this country's 39th prime minister, one ought to perhaps reach for the same line. 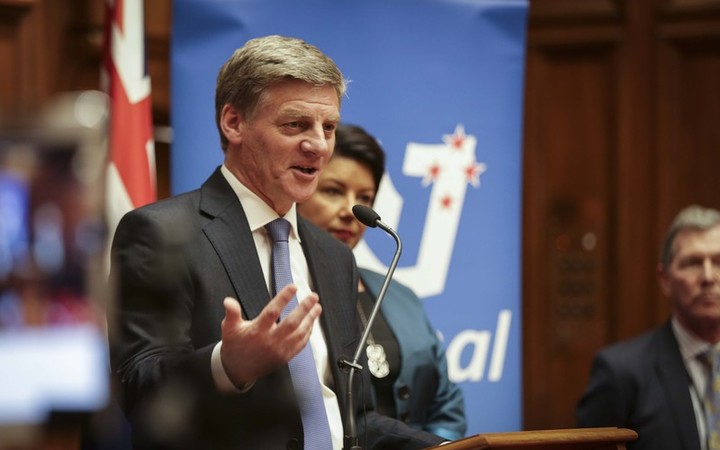 So Bill English has a strong command of the language that is his namesake. Duh? Photo: RNZ / Rebekah Parsons-King

Mr English, who turns 55 later this month, has been with us for a long time now, and whatever else might be said about him at this point really shouldn't be presented as new. But this is politics and this is the media so perhaps some feel they must.

On social media the tweets have brought word that Mr English actually subscribes to the New York Review of Books.

What is more, he also knows a bit of poetry.

"Easily the most significant part" of his first media conference as premier, online magazine The Spinoff added was the fact he used the occasion to declaim lines from the Auckland poet Selina Tusitala Marsh.

There was a bit more in this vein, rather as if in 1999 people suddenly marvelled over the fact that Helen Clark was a longstanding Guardian reader.

Ms Clark was a voracious reader, of course, and not only in respect of her favourite international news outlet, but no one ever thought to mention it since this was already widely assumed if not well known. Any leader with an eye to balancing the books will usually know a thing or two about reading books, too, and not just the dry policy stuff.

In the case of the new New Zealand premier, the evidence runs in a fairly straight scholarly line from studying English and Latin as a pupil at St Patrick's College, in Silverstream, through to an honours degree in English at Victoria University.

As others have noted, he will probably be first prime minister familiar with the work of Barthes, Derrida and Kristeva, thanks to his time at VUW with the Oxford-trained Shakespearean scholar Linda Hardy. He may also be first leader to have read - and enjoyed - the American existentialist novelist Paul Auster.

In 2007, he proved to be an impressive choice to launch a book about autism in front of 200 people in attendance at the louche-sounding San Francisco Bathhouse in Wellington, including his future opposite number in the finance portfolio, Grant Robertson.

The oration was as persuasive as the introduction was droll. Riffing on the book's title, Mr English spoke about how the malady of autism strikes a fatal blow to the middle class fantasy of the perfect life, with a perfect house, a perfect lifestyle, and perfect children. He then outlined the alternative aspiration of a Good Life. He then teared up.

As Russell Brown, the prominent commentator and co-host (along with this writer) of the strictly non-political evening, later remarked, who knew that Bill English could speak "soulfully" about books?

Who indeed. Unsurprisingly, the literary volumes will probably take something of a back shelf to the briefing papers for the new prime minister over the coming months.

What may surprise, though, would be commentators continuing to declare themselves surprised at what ought to be the unsurprising fact that the country now has an English reader in charge.

*David Cohen is a Wellington-based journalist and author.