Earthquake recovery Minister Gerry Brownlee will leave it up to the incoming Prime Minister whether he retains the portfolio, he says. 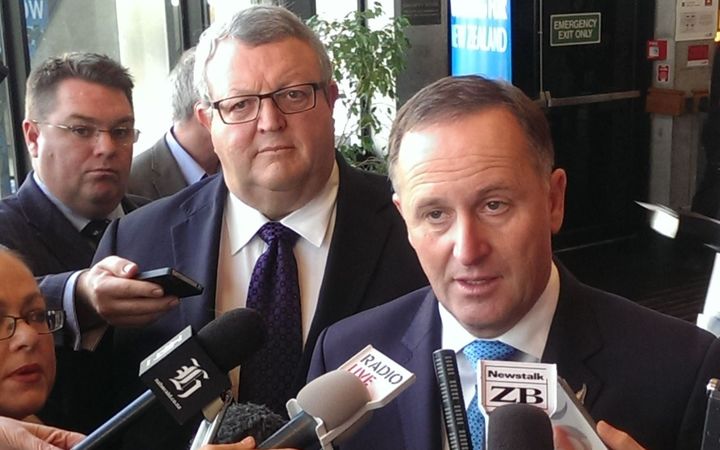 Gerry Brownlee, the minister in charge of Christchurch's $45 billion rebuild, was in the city yesterday accompanying outgoing Prime Minister John Key on his last full working day of engagements.

He told RNZ he expected Mr Key's deputy - Bill English, who is running unopposed for the leadership - would be working on the Cabinet line-up well into next week.

"There haven't been those sort of discussions at this point and Mr English is also not pre-empting the caucus decision on Monday," he said.

"We all know where we're going [who we're voting for], but he quite rightly is saying we'll just go through that process.

"And then, as is the way with our party, the Prime Minister will make a determination about his Cabinet."

Mr Key, also the Minister for Tourism, was in Christchurch espousing the values of Hanmer Springs which he said had seen much-reduced tourism after the earthquakes.

"They have had less damage than people think but a lot more reduciton in their tourism than we would hope, and it's a really important message that we get out there - - particularly for cantabrians who go to Hanmer - the place is open, it's doing well, it's a great place to go to."

He told an audience of mainly tourist operators and leaders in the city that he had thoroughly enjoyed the role of Tourism Minister.

He said he hoped people would continue to visit and promote Hanmer Springs.