Opinion - When Trump happened, every journalist in the world who covers politics gave themselves a stern talking to.

'Do not think you know everything', we said. 'Must get out more.' 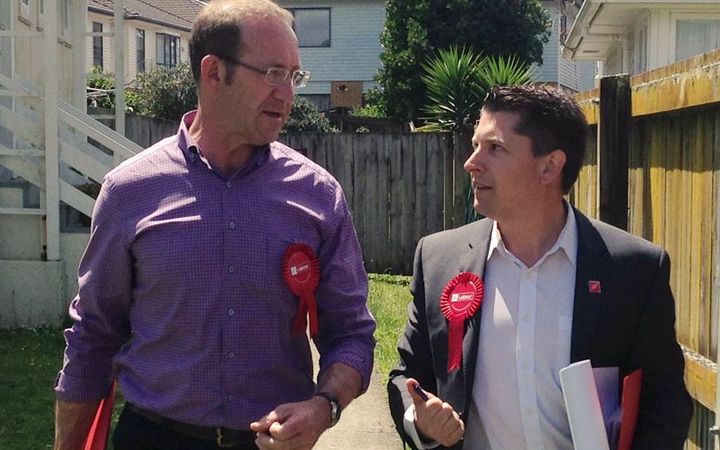 In New Zealand, we got our first chance to test that new resolve with the Mt Roskill by-election.

Boy, what a failure. Much of the press gallery reported it through the firmly established prism of "Labour can't get anything right but National knows what it's doing". Journalists who had not visited the electorate felt unconstrained to comment.

Hardly anyone (including me) did enough to produce a decent investigative report, in my view. There were no independent polls to tell us the mood of the voters. There was very little informed comment on the qualities of the candidates.

Although social media and Trump have changed the way elections are fought, few journalists got inside the campaigns to explain the tactics of the parties and assess their effectiveness.

Did it matter? A by-election in a "safe seat", right? I think it mattered a great deal. The idea that dominates most political discourse in this country right now is that Labour is not ready to lead a government. Is it true? It might be.

But we don't really know, and with less than a year until the general election, Mt Roskill provided a real chance to test that idea.

And yet it was not tested. Instead, it was assumed to be true and allowed to pervade the coverage. Headlines declared "Key taunts Little on campaign trail" and "Could Andrew Little's bad week get worse?"

Even though the stories usually acknowledged Labour was likely to win, their focus - their very purpose, it often seemed - was to say what would happen to Little if his party did not win.

In the last week, prime minister John Key was even allowed to ruminate on how badly things were going for Labour. It should have been clear he was doing it precisely because he knew his own party, not Labour, was heading for a disaster, but he got away with it anyway.

The "Labour is useless but National is competent" filter extended to commentary on the candidates, with Labour's Michael Wood described as "Phil Goff lite". What does that even mean? Whatever, the intention was pejorative: it suggested Wood was a weak candidate in a party that should be making bold choices.

Wood was not a weak candidate. He is an experienced local-body politician and campaign manager, and a good speaker with strong community engagement. He focused on jobs, housing, crime, advocating for the "traditional core values" that many say Labour has lost sight of. He has the potential to be a high-achieving front-bencher.

As for National's Parmjeet Parmar, she's a dreadful non-performer in the House and in the local community and yet, unfathomably, she was largely accepted as a legitimate contender.

When the result - a crushing 66:28 percent win to Wood - was announced on Saturday night, it was widely described as unsurprising. That took gall. Wasn't everyone saying it would be close?

When I reported that a confidential Labour poll gave Wood a 30-point lead, no one seemed to believe it. Former MP Phil Goff's lead in 2014 had been 24 percent - how could Wood do even better?

The answer was right there in plain sight, and it wasn't hiding either. Labour ran a good campaign with good messages that were delivered well. It had a good candidate. It used Mt Roskill to evolve its campaign machine and reconnect with the broad core of its traditional support. It did nothing wrong.

Turns out there were three stories of this by-election. The first is that Labour confounded expectations. It is perfectly capable of connecting with voters and getting results.

The second is that following the council elections two months ago National is still making a real hash of Auckland. Why didn't they try to win? Their excuse was that governments don't win seats off the opposition in by-elections, which has been true. But National still rides high in the polls and this is 2016 - normal rules don't apply. They had a party-vote majority of 2189 in 2014. It was absolutely winnable for them.

A win for National would have helped with their claim to be the party of Auckland's aspirational ethnic communities. More than that, it would have destroyed Andrew Little and created utter chaos inside Labour. And if National had tried hard but still lost? It would have meant little. They had nothing to lose.

So why didn't they try? That's a story waiting to be told. But here's a clue. John Key visited the electorate seven times - once more than Little - which suggests effort. But they made no useful policy announcements. On the Monday of the last week he said they "could win". On the Thursday he said, with Parmar standing at his elbow, they would lose. What? And how humiliating must it be to stand there and hear your leader say that?

National lacked a coherent plan and barely seemed to care. Why is that?

And the third story of the election? In the media, we've still got a lot of work to do.

*Simon Wilson is a journalist specialising in politics and urban issues.