It's been a year of two halves in RNZ's Poll of Polls. 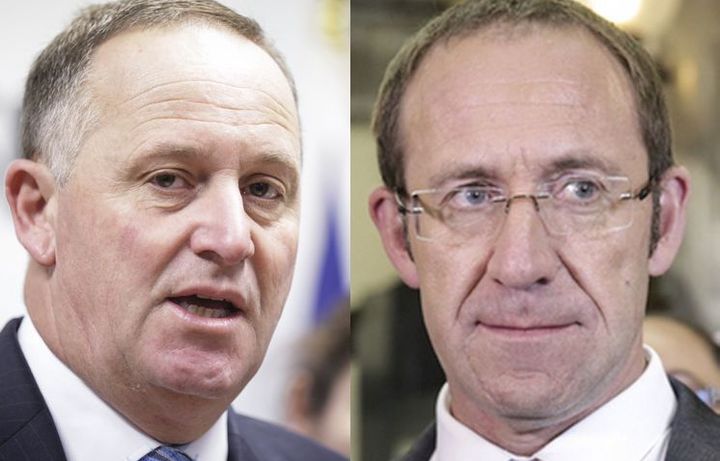 In the first half of 2016 National was trending down, but by around June this turned back in National's favour. Photo: RNZ

In the first half of 2016, as the graph shows, National's average lead over the combined Labour+Greens score trended down. Had that trend continued through 2016 and 2017, Labour+Greens would have had a clear lead by election day.

But around June the trend turned back in National's favour, apart from a late-winter dip. In November National's average lead was 8.1%, a 2016 high. 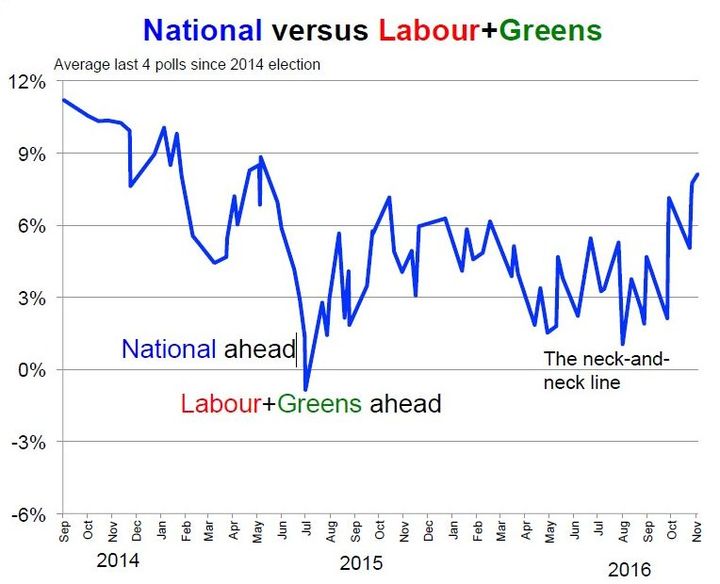 Heading into Christmas, with election year just around the corner, that puts National in a strong position.

Its average in November was 47.9%, exactly where it ended 2015. If replicated in an election, that would get John Key a fourth term without needing Winston Peters.

In May National's average had slid as far as 44% at two points. If that trend had continued through the second half, National would now be facing a stiffer climb back to office in next year's election.

But by July its average was in the 45% - 47% range and, after a dip in early spring, again to as low as 44% at one point, it climbed through October - November.

Labour's strong result in the Mt Roskill by-election on 3 December provides the party some relief and hope for a lift in December's polls from its October - November low.

Labour's average sat around or close to 30% through the first four months of 2016 and was still in the 29% -30% range in early spring. But it dropped through October - November, even after good results in some urban council elections in October, to a November average of 26.7%.

Labour's average through the whole of 2016 up to November has been 28.8% - not far above its disastrous 2014 25% election result. That is 5 percentage points below its 33.6% whole-of-year average in 2013, a year Labour thought itself in such crisis that it changed its leader. 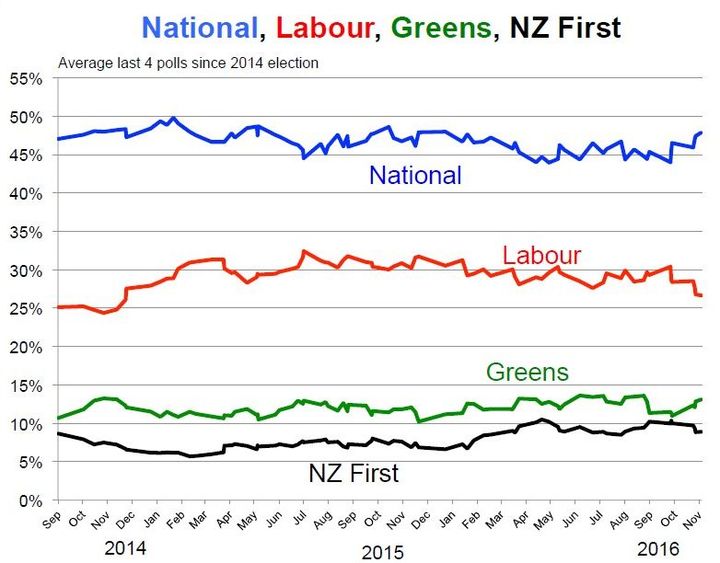 If neither National nor Labour+Greens can get to 47% in next year's election, that would put Winston Peters into play to decide the government.

For the tiddlers, 2016 has left them all pretty much where they were in the 2014 election, except for the Conservatives, in November a shadowy 0.4%, and Mana, near non-existent.

Should polls be taken seriously after Brexit and Donald Trump's win in the United States? That has yet to be seen but in 2014, as in previous elections, projection of the Poll of Polls trend leading up to election day pointed very closely to the actual final results.

* The poll of polls is an arithmetical average of the four most recent major polls from among: TV1 Colmar Brunton, TV3 Reid Research, NZ Herald DigiPoll (discontinued since late 2015), Roy Morgan New Zealand and the unpublished UMR Research and Curia. The latest average is from, in chronological order, UMR, Curia, TV1 and Morgan. The first point on the charts is the actual 2014 election result. Only Roy Morgan and UMR have polled in every month since the election, so the average in most months is overweighted with those two. Curia does poll continuously but has been included only since September. Curia, UMR and Morgan will have results for December, so this is not the final word for 2016.