The King of Jordan has met with Prime Minister John Key and other senior ministers at Parliament. 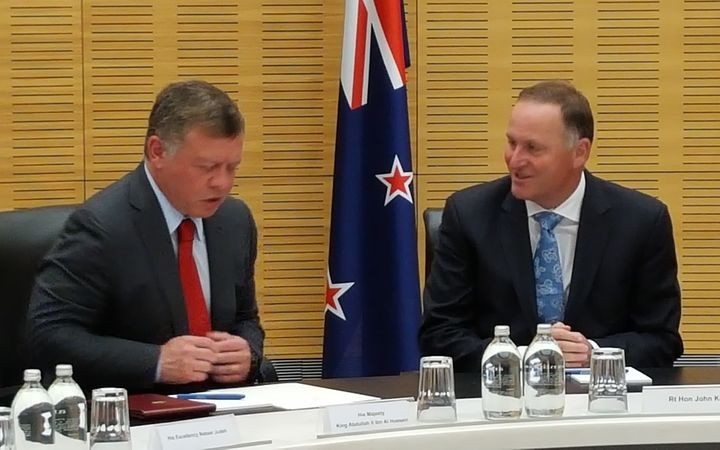 Mr Key welcomed King Abdullah II bin Al-Hussein and his delegation this morning, and told him he and other ministers were interested in his insight into what was happening in the Middle East and with Islamic State, particularly with New Zealand's current training mission in Iraq.

He would also like to hear about prospects for trade and economic growth in the region, where New Zealand was still working towards a trade deal with the Gulf States, he said.

"And also we just want to acknowledge your leadership in terms of Syrian refugees and the likes."

King Abdullah said he and his delegation had received a very warm welcome in New Zealand, and the visit was an opportunity to strengthen the relationship.