Treaty Negotiations Minister Chris Finlayson will make sure that iwi members who made plans to come to Parliament on Friday are not out of pocket, he says. 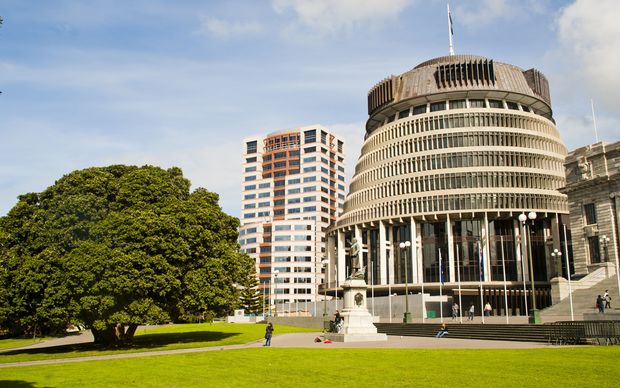 Around 400 people had planned to attend Parliament for the bills' passing. Photo: AFP

A planned special sitting of Parliament to pass five Treaty settlement bills has been cancelled after a political spat broke out when New Zealand First withdrew its support for two of the bills.

Political parties agreed several weeks ago to have Parliament sit this Friday so the Treaty bills could be passed.

The bills would have been supported unanimously so only a small number of MPs would have had to be present as no party vote would be called for.

Around 400 people are estimated to have planned to attend Parliament for the occasion.

However, on Tuesday New Zealand First realised there were aspects of two of the Treaty bills that it didn't agree with, so it would need to have a party vote so it could voice its opposition.

To cast a full party vote, political parties need to have at least 75 percent of their MPs on Parliament's grounds, which is now apparently too late to organise.

New Zealand First leader Winston Peters said the government was standing in the way of democracy because it had granted too many MPs leave.

It would be simple to organise a party vote on Treaty settlement bills tomorrow, he told Morning Report

"[The legislation] came to us and we found a defect in it - that's normal.

"They could have kept the sitting on Thursday and Friday but they'd given too many people leave - well, the answer is cancel the leave and get back to Parliament."

But Leader of the House Gerry Brownlee said New Zealand First had been involved in the process the whole way and never raised an objection.

"The great political joy that Mr Peters would take from the House going into urgency to pass Treaty legislation is what's really behind this," Mr Brownlee said.

"As late as Monday [New Zealand First deputy leader] Ron Mark, in his telephone call to me, said, 'Yep, we're okay with this, go ahead.'"

Chris Finlayson said the move was undoubtedly a political stunt from Winston Peters.

Mr Finlayson said iwi members had spent a significant amount of money to travel to Wellington on Friday, and it was disappointing that their day was whipped away from them for political reasons.

"The saddest story I heard is that there is an elderly lady who's on dialysis and a van was organised for her.

"It's that kind of thing, it's just pathetic and these people are not going to suffer costs as a result. I'll ensure that they are looked after."

"Foot the bill Winston - this is nothing more than a stunt and you can pull out any little thing that you can find to try and validate your stance, but this is a stunt and nothing more, sure of it."

Mr Peters said his party should be able to vote against two of the five bills, as that was democracy. 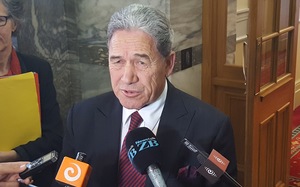 He said it was National that was playing politics, because it could not be bothered having all its MPs at Parliament on Friday.

"They've given too many people leave, they wanted us to go above the 25 percent proxy rule, that is have maybe about 20 percent here of their party, not 75 percent."

The Taranaki Iwi Claims settlement bill contained a clause where the iwi could nominate six of its members to sit on committees of the Taranaki Regional Council, and the council must appoint those people nominated.

Mr Peters said that was separatism, and the people of Taranaki had already said they did not want that.

"They're the people who had a massive local referendum saying just the reverse, so it's a contempt for local democracy, a contempt for the referendum, all being passed up secretly in a bill."

The house will sit under extended hours this morning to progress the bills through their second reading and committee stage, but no date has been set for the third and final reading.