New Zealand First aims to capture the votes of what it says is the growing number of struggling workers in next year's election. 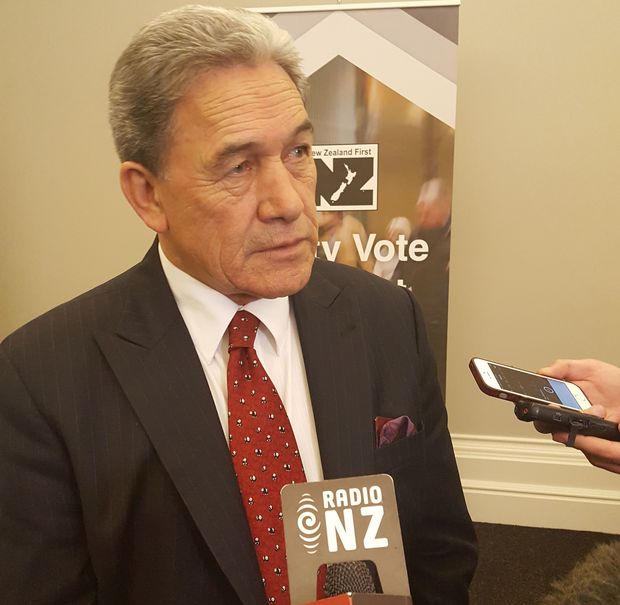 Winston Peters said the first offence for about 60 percent of young Māori who commit crime was driving without a licence. Photo: RNZ / Benedict Collins

At the party's annual conference in Dunedin at the weekend, leader Winston Peters said the system was broken, and New Zealand was no longer a country where hard working people could get ahead.

Mr Peters told Morning Report today the party's job was to get social change and if it did not, it will have failed.

"Everyone in New Zealand First knows that our duty, our responsibility and our mission statement is to get an economic and social change at the next election. Otherwise we will have all failed. It was a challenge to my caucus members, my party delegates and everybody else."

He said he would not be entering pre-election negotiations with National and Labour because there needed to be a change in economic policy.

He said there was no use in pursuing the major parties' neo-liberal economic policies, which he described as being like "Pepsi and Coca-Cola".

Mr Peters would not be drawn on whether the former Labour MP Shane Jones would stand for New Zealand First in Whangarei at the next election.

He said he had not been in touch with Mr Jones about joining the party as it would compromise his position as New Zealand's Ambassador for Pacific Economic Development.

Mr Peters predicted the next election would be called early, but this has been dismissed by Prime Minister John Key.

Mr Key said people liked stable government, they knew there was an election next year, and they were bright enough to figure out it was going to be in the back part of the year.

At the party conference yesterday, Mr Peters said that Kiwi battlers were now being left behind because the government was focused on those at the top.

"The deal in our country used to be that if you worked hard and played by the rules, you could make a decent living for you and your family, that's not the case anymore.

"Most Kiwis are struggling, treading water and going nowhere. The deck, ladies and gentlemen, is stacked against them."

Mr Peters said the government had no appreciation of manual labour.

"They wouldn't know what a hard day's work is. In the [Northland] by-election, John Key got out a hammer to nail up a hoarding, and the first nine shots hammer half way up, he missed, and the tenth one he bent the nail."

New Zealand First formed a youth wing of the party this year.

"Young people around the country, they're working their arses off, they are studying as hard as they can and they are still not able to afford houses or to raise families.

Winston Peters won the Northland by-election in 2015 and he is confident the party would also win the Whangarei and Whanganui seats at next year's general election.

But he would not be drawn on whether Shane Jones, the former Labour MP, would be standing in Whangarei.

"We have to find, two things, the team locally to do the job, and the standout candidate to pull it off.

"Well you know the diplomatic core is independent, Shane Jones is a diplomat, representing our country very well in a critical job in the Pacific."

Mr Peters is tipping an early election in 2017, and he has told the party to be ready.

He said National was barely hanging on.

"They're making so many mistakes, whatever mojo they had is well and truly lost, and sooner or later they are going to cut and run."

Also at the conference, the party's education spokesperson Tracey Martin launched a new education policy that would allow students to study for free - as long as they stayed in the country and worked off, what she called their skills debt.

"For every year that they work in New Zealand, an equivalent year's expense would be deducted from that skill debt, until they are down to zero skill debt."