The latest legal ruling marks the beginning of the end for the controversial Ruataniwha dam, the Labour Party and Greenpeace say.

The proposed Ruataniwha Dam would be built on this site in Hawke's Bay Photo: RNZ / Peter Fowler

But local farmers say it is just another hurdle that will need to be overcome.

The Court of Appeal has ruled the process of acquiring protected conservation land in Hawke's Bay to build the $900 million irrigation scheme is unlawful.

Hawke's Bay Regional Council wants to dam the 22ha of formerly-protected land, flood it and give the Department of Conservation some nearby farmland in exchange.

The land is protected because it is home to wetlands, long-tailed bats and the New Zealand falcon.

Department of Conservation was downgrading the land's conservation status so the land swap could go ahead, but Forest & Bird appealed against the move and yesterday the Court of Appeal agreed it was unlawful.

Labour Party MP Meka Whaitiri was delighted and said that it is the final nail in the coffin for the dam. 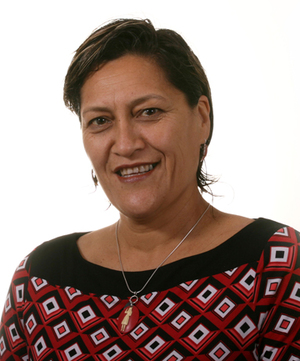 "I've always said that the Hawke's Bay Regional Council have managed this poorly from the outset.

"And (this decision) just again shows that due process hasn't been followed."

Mrs Whaitiri said it was time for the council and its investment company "to end what we've always considered to be a flawed process from the outset".

Greenpeace agricultural campaigner Genevieve Toop was ecstatic that Forest & Bird had won the appeal against the land swap.

"This is just another big question mark raised over the incredibly controversial and dodgy Ruataniwha dam."

But local farmers say it is just another hurdle that will need to be overcome.

Hawke's Bay's federated farmers president Will Foley said he was not overly surprised by the decision.

"It's obviously a little bit disappointing to come up against another hurdle, but at this stage we've seen plenty of these hurdles, this is just another bit of a roadblock - but I don't see it stopping the overall project.

"It's just going to add delay which is what we've become used to," Mr Foley said.

"Only recently we've heard the timing for the first irrigation to be put back yet another season.

"And for those farmers that have signed up and committed and keen to see this project go ahead are understandably getting quite grumpy because they're seeing lost opportunity, seeing that investment and increased income off the land just keep getting put back further."

Hawke's Bay Regional Council's investment company said it would discuss the ruling with the Department of Conservation.

The department declined to comment, saying there was still a legal process to work through.