National MPs have been told to vote in favour of changes to Easter trading laws, despite some of them - including Bill English - being openly opposed to it.

The Easter Trading Bill, which would let local councils determine whether shops in their area can trade at Easter, is due for its third and final reading and could be before Parliament this week. 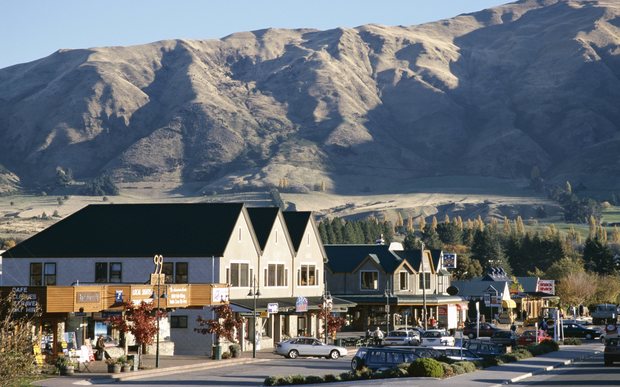 Wanaka shops are unable to open on Easter Sunday but shops in Taupo and Queenstown can. Photo: AFP

Such bills are traditionally a conscience vote for MPs.

However, all National MPs had been told they must vote in favour of the change.

Deputy Prime Minister Bill English is among those who have said they were personally opposed to shops trading on Easter Sunday.

Prime Minister John Key said the government was trying to find a way through troublesome discrepancies in the current law.

Currently, shops in some tourist centres like Taupo and Queenstown can trade on Easter Sunday, while shops in other tourist areas like Wanaka cannot.

Mr Key was constantly hearing from people in Wanaka who wanted the law to be changed, he said.

"It's one of those things where local goverment's in the best position to decide it, and it's the only way through that.

"If you can come up with something better please let me know, but I've been looking at it for 14 years and haven't found one yet."

Labour MP Su'a William Sio said National MPs should vote with their conscience on the issue.

MPs had always been allowed to vote with their conscience on similar bills and he wanted National MPs who had voted down previous bills to do so again, he said.

Easter Sunday was a significant religious holiday where workers should be able to spend their time with their family and community, Mr Sio said.