The Intelligence and Security Committee is being likened to a cosy club between National and Labour, with calls for broader political representation. 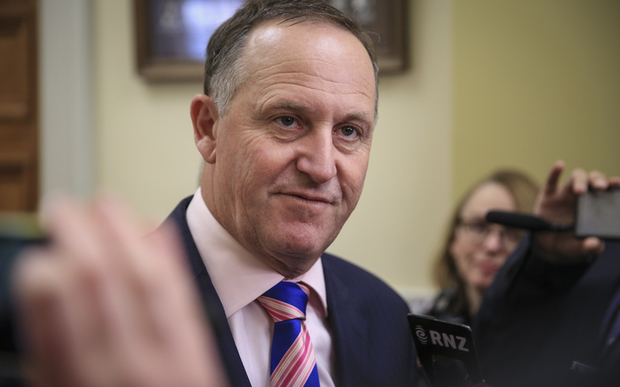 The new bill governing the country's two intelligence agencies proposes allowing between five and seven MPs to sit on the committee - currently, it is set at five.

In the last term, up to five parties were represented on the committee, which provides oversight to the spy agencies, but in this term there were just two.

Initially it was ACT, United Future, National, Labour and the Greens - but when United Future leader Peter Dunne resigned as a minister, he was replaced with a National minister, so the number of parties went down to four.

As the chairperson, and with responsibilities for national security, Prime Minister John Key nominated two of his Cabinet colleagues to sit on the committee for this term.

Mr Key said he would not be opposed to seven members, but he was happy with the committee's current make-up.

"And it's not just that it's Labour and National, it's just been quite an effective sort of number."

He questioned what contribution the Greens would make, given their views on the intelligence agencies.

"Because if you're just philosophically opposed, that's a legitimate position for a political party to hold, but you're not really a constructive member of ISC [Intelligence and Security Committee].

"I'm not saying that people need to - in blood and in stone - say that they're going to [be] changing their stripes, but I think realistically we do want a functioning, working committee."

Greens co-leader James Shaw said the committee was more like a cosy club than a proper representation of Parliament, and there should be dissenting voices.

"When you've got a committee like that overseeing security intelligence and cases where, certainly under this new legislation you could have a security service spying on its own citizens, it is really important that the governance structure for that is absolutely robust."

Mr Little agreed there should be broader representation, with four places for opposition members and five for the government.

As the Leader of the Opposition, he was able to nominate the second opposition spot, and this term he chose a Labour colleague, whereas last term that place was given to the Greens.

Mr Little rejected a suggestion from Mr Key, that if he, as Labour leader, really wanted the Greens on the committee, he could nominate them.

"Yeah, I think he's being a little bit cute.

"When there's two places for the opposition and you've got the major opposition party and two reasonable sized political parties, both of which should probably be represented, it's not enough to say the Leader of the Opposition can do what he likes.

"What we actually need is a committee structure that allows all parties of a reasonable size to be properly represented on what is a very important committee."

Mr Little also said his party objected to the prime minister, or any minister with responsibility for the intelligence agencies, chairing the committee - something he would raise as the bill progressed through Parliament.