It is not helpful to jump to conclusions about a poll that delivered a blow to Helen Clark's bid to become the next United Nations Secretary General, Foreign Minister Murray McCully says. 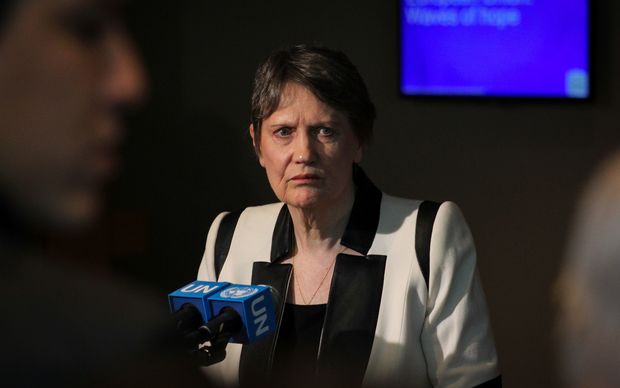 Helen Clark is among 12 declared candidates to be the next UN Secretary General. Photo: RNZ / Alexander Robertson

The poll reportedly showed New Zealand's former prime minister finishing in the middle of the pack, behind five other candidates - four of whom were men.

The 15 members of the UN Security Council have voted on whether to 'encourage', 'discourage' or have 'no opinion' on each of the 12 declared candidates.

The outcome of the poll is supposed to be secret, with each candidate being told only their own score and none of the information made public. But within hours of the straw poll finishing, the results were leaked.

Even though there was a strong push for a woman to be the next Secretary General, former UN High Commissioner for Refugees Antonio Guterres came out on top.

Victoria University senior lecturer Jana Von Stein said half the contenders were female yet four of the five top candidates were men.

"To me that suggests that the 'the old boys' network' that everybody talks about is still alive and well," she said.

"I don't think this is good news for Helen Clark." 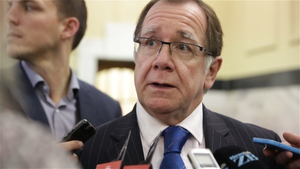 But Mr McCully said it was early days and there was a lot of tactical voting in the first round.

He expected things to change as time went on.

"I think it's clear that there's been a significant campaign under way to try and protect the position of the Europeans, particularly the Eastern European candidates, and it was always expected that would play a significant part in the first round at least," Mr McCully said.

"Now that's out of the way, it'll be interesting to see what sort of pattern people settle into."

Officials in Miss Clark's campaign team in New York would now be trying to talk to those that might have placed the 'discourage' vote, Mr McCully said.

"It's all guns blazing. We're keen to do everything we can to get her over the line, but this is a process that will come to a conclusion in October and we need to remember that.

"They're obviously very tense, it's a pretty challenging sort of process, our people are working very hard and they're going to stay working hard."

"It is incredibly difficult to know where it's going to go. It's a little bit like selecting the Pope - you really don't know 'til the white smoke starts to appear," he said.

There are likely to be several more secret polls before an official ballot takes place. No one is officially dropped but it is up to each candidate to take themselves out of the running.

Once the Security Council's candidate is picked, the General Assembly has the final vote. The result should be known by October.