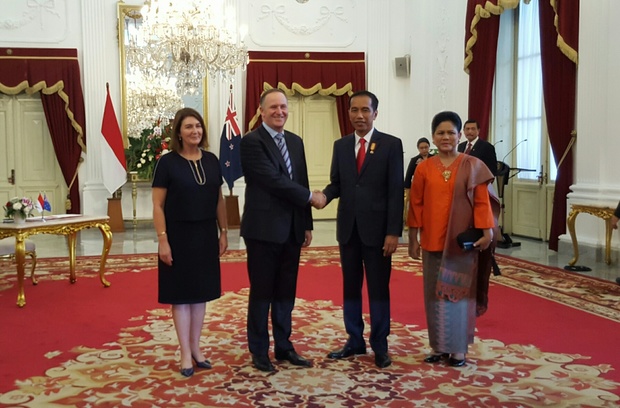 Mr Key has wrapped up a whirlwind two day trip to Indonesia and is now en route back to New Zealand.

He said East Java was home to 40 million people and was the fastest growing province in Indonesia.

"Surabaya itself is the second largest city in Indonesia so you can sort of see there's lots of opportunities here, there's a growing middle class, a sort of cosmopolitan feel to it."

Mr Key said everyone rolled into Indonesia and went to Jakarta but possibly did not understand the huge potential in other areas like Surabaya.

"This is a very large country, it's 34 provinces, it's 250 million people - the instant recognition is Jakarta, but it in reality Surabaya is like saying we're going to develop Christchurch, the second biggest city behind Auckland."

Mr Key arrives back in Auckland late this evening and is due to meet with the American vice-president, Joe Biden tomorrow.